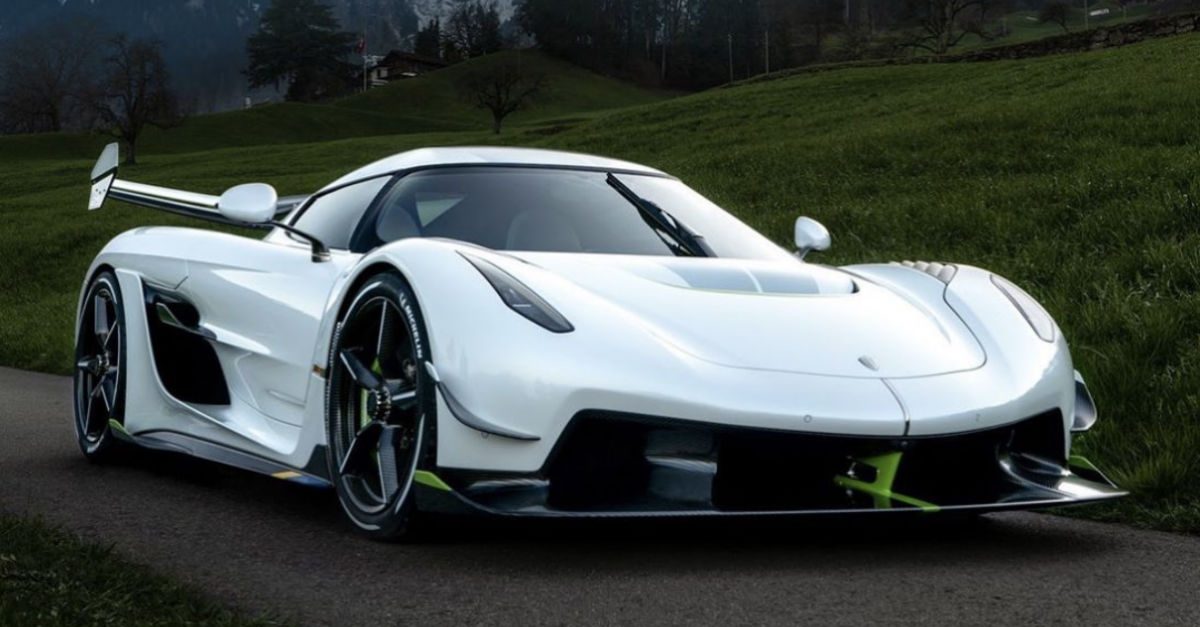 When the Koenigsegg Jesko was introduced at the Geneva Motor Show back in March, fans of high-performance sports cars were excited to learn more about the successor of the Koenigsegg Agera. Considering that the Agera was named Hypercar of the Year by Top Gear magazine back in 2010 and the Agera RS variant became the world’s fastest production car in 2017, the Jesko definitely has big tires to fill. But, even months and months after its initial introduction, we didn’t get to hear what the Jesko was working with under the hood.

Finally, on December 8, Koenigsegg revealed, via Instagram post, exactly what the Jesko’s 5.0-liter twin-turbo V8 engine sounds like. And, it sounds like the revisions and upgrades that Koenigsegg engineers have made to the Agera’s V8 have definitely paid off.

Jesko watching one of the Jesko prototypes firing up! – 1600 hp baby!

When Christian von Koenigsegg started the Swedish manufacturer of high-performance sports cars back in 1994, the company founder clearly had a vision to create cars that looked sleek and broke high-speed records. The Koenigsegg Jesko, which was built with a strong focus on high aerodynamic downforce and better handling, appears to be a strong continuation of that vision.

As far as the Jesko’s engine specs go, Koenigsegg made a number of improvements to the Agera’s V8, such as adding a new flat-plane crankshaft that reduces the engine?s weight by 11 pounds. Koenigsegg engineers also increased throttle response and raised the redline from 8,250 rpm to 8,500 rpm. With these performance improvements, this adds 1,262 horsepower on regular gasoline and up to 1,600 horsepower and 1,162 lb-ft of torque on E85 biofuel.

The rear-wheel drive Jesko is also equipped with a nine-speed multi-clutch automatic transmission, dubbed the ?Light Speed Transmission,” that is replacing the 7-speed dual-clutch transmission. With a shift time ranging from 20-30 milliseconds, the Jesko’s new-and-improved transmission also has a mode called “Ultimate Power on Demand,” designed to skip directly to the optimal gear depending on the driver’s input.

With a powertrain like this, the Jesko is a strong contender to surpass the 300 MPH top speed record set by the Bugatti Chiron back in early September.

As far as interior specs go, the Jesko uses a redesigned monocoque, which is meant to significantly improve headroom and legroom. Stocked with carbon fiber seats, the hypercar is also equipped with an infotainment system with a 9-inch touchscreen, as wheel as screens mounted to the steering wheel spokes and a 5-inch screen mounted behind the wheel that displays important information to the driver.

Not surprisingly, the Koenigsegg Jesko ain’t cheap. It costs $2.8 million. With that in mind, only 125 units will be produced. And they’re already sold out. So, even if you do have that kind of cash lying around and were looking to get a Jesko of your own, sorry, but you’re flat out of luck.

Read More: Geneva Motor Show Had All of Your Favorite Supercars Under One Roof, Including Mclaren 720S Spider and Aston Martin AM RB