Kia tries to remake its image with a surprisingly fast sedan 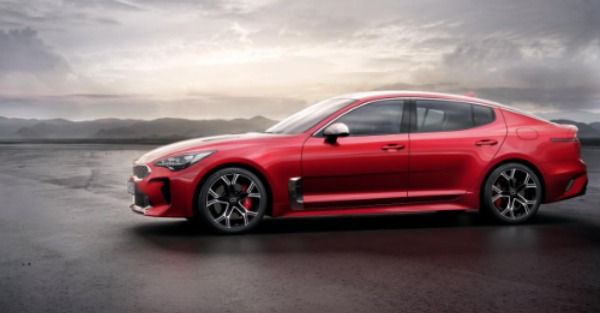 When you think of Kia, you probably get images of break dancing hamsters and rolling toasters in your head. This is not that Kia.

The Kia Stinger GT gets to 60 in 4.9 seconds. https://t.co/mcwQU6ToSz pic.twitter.com/WBdIQ2qFb1

Kia is trying to change its image a bit, and the release of the 2018 Stinger is a step in an awesome direction.  The specs are impressive ?  a 365-horsepower twin-turbocharged 3.3-liter V-6 with an 8-speed automatic and rear-wheel drive setup. Not only that, it goes from 0-62 in 4.9 seconds.

And Car and Authority made a ?10  things you may not know? video that notes that this is Kia?s first high-performance car meant to compete with Audi and BMW.

MSRP is expected to start at $37,500 and the car should be in showrooms later this year. It feels weird to be so excited about a Kia.

Related: Kia, Bo Jackson and Tecmo Bowl Have Created the Greatest Commercial of all Time