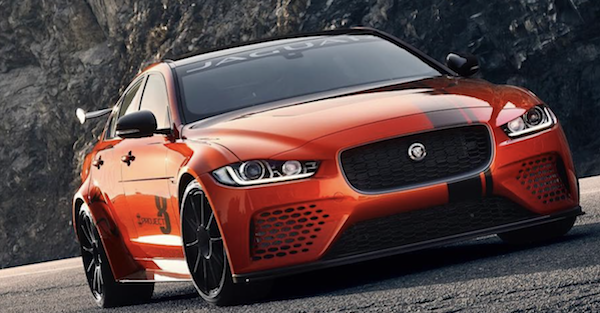 The advent of electric car technology will undoubtedly end the use of internal combustion engines. Although this is mostly considered a positive move for the environment, enthusiasts don’t want to hear it. What they want to hear are big V8 engines, preferably with some form of forced induction.

Most of us are in denial that this day is near, but when you hear it from someone as respected as Jaguars famed Chief Designer Ian Callum, you start to realize that we may be seeing the last generations of gasoline-powered performance. He told carthrottle.com:

?Internal combustion, V8 in the nose, sheer horsepower, mechanical drive: I think Project 8 is the last of its kind.?

Project 8 is an extreme version of the Jaguar XE sedan. Its 5 liter V8 produces 600 horsepower, and the car has all-wheel-drive. The project 8 is an amazing piece of machinery but what Collum says about the current I-Pace SUV clearly shows how priorities are quickly changing for large automakers.

?The I-Pace ? what a project. The most fun the company has worked on. It?s a car I?ve had in my mind for a long time; a cab-forward family car resembling a supercar, you couldn?t do it with a conventional drivetrain.

?With a short front end, you can move the masses and the people forward. Jaguar and height don?t go together, but with I-Pace being an SUV gave us permission for the height.?

With the F-Pace SVR scheduled for 2018 we know we have at least one more generation of big supercharged V8 engines, so the end is not here just yet, at least with Jaguar.