How much horsepower does it take to beat a lowly Miata? 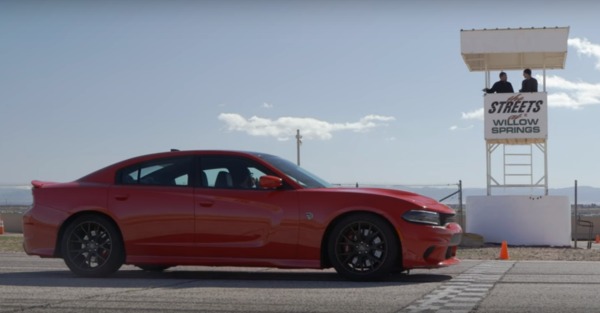 This video starts out as your run-of-the-mill comparison test between two lightweight sports cars, the Mazda MX-5 RF and Toyota 86. After 16 minutes of gushing about the driving dynamics and absolute fun of these nimble cars, the typical argument breaks out.

The presenters call it Cayman-ism: When a manufacturer won’t give a car the power it deserves. One argument says that both of these cars, the 155 hp Mx-5 and the 205 hp 86, could easily be made perfect with some added grunt. The opposing side claims that they are perfect as is. Naturally, this brings up the Dodge Charger Hellcat with its 707 horses that also weighs over a ton more than the Mazda.

Jason figures that the Hellcat, with two times the horsepower of the Mazda and Toyota combined, would still not be enough for his co-presenter Jonny to set a faster lap time than the pro, Randy Pobst. We’ve skipped ahead to the good part:

And he was right. All that power could not make up for the tossability of the tiny Toyota, which had beat the Miata by just a fraction of a second. We wish they would have sent the same driver out in the Hellcat to get a more accurate time since, obviously, the pro driver has an unfair advantage in this race. Still, a 10 second loss over just one lap against a car that is widely criticized as being severely underpowered is eye opening.

That being said, you still won’t be seeing many Hellcat owners clamoring to make a trade for the MX-5 or the 86.

Related: Burnouts like this one are why Hellcats exists