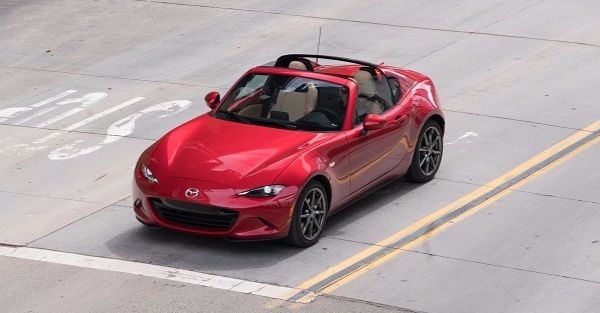 Back in 1990s, kids would sit close to their PlayStation systems for hours trying to master every course on the original Grand Turismo video game, but racing games have come a long way since then and so have the special-edition packages that accompany them.

A few years back, the bar was set extremely high with the release of Grid 2. For a cool £125,000 (approximately $165,000 in U.S. currency), you could get the BAC Mono Edition which came with a limited-edition BAC Mono track car.

While that might sound ridiculous to some people, it isn’t the only time a real-life sports car has been included in a video game package.

To accompany the release of Gran Turismo Sport this week on the PS4 gaming system, Sony has decided to offer a “Super Bundle” package that includes a new Mazda MX-5 Miata that’s covered in a Soul Red paint job and Gran Turismo vinyl graphics. Other items included in the package are a PlayStation 4 Pro, a year of PlayStation Plus, a Bravia 4K HDR OLED TV, the game itself, and an Apiga AP1 racing seat, as well as a Thrustmaster T-GT steering wheel controller.

All of these fancy items push the value of this package up to $46,000, according to The Drive.

The bad news is it’s only available in Taiwan.

Luckily, though, U.S. consumers can buy all of these items separately in the states for only about $32,000.

That means gamers in the U.S. will save more than $10,000, which they could use to add some fancy rims and a turbo kit to their new Miata.