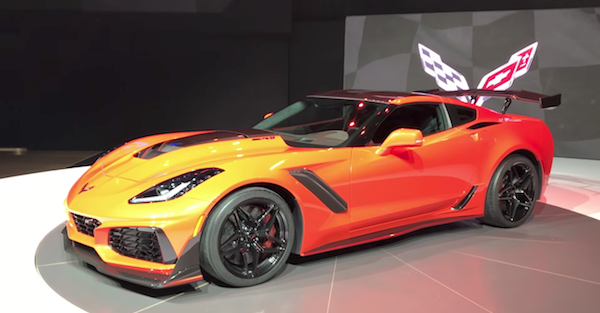 Doug DeMuro took a trip all the way out to the UAE to see Corvette’s brand-new ZR1. It’s a behemoth of a sports car that is as loud in its design as it is subtle in its badging.

GM took to unveiling the car at the Dubai Auto Show, which might be indicative of the new ZR1’s eventual price tag, and gave the press, including DeMuro, a sneak peak at the car. First off, the ZR1 is equipped with a massive 6.2-liter V8 that outputs a massive 755hp and 715 lb-ft of torque. That’s a massive upgrade over its predecessor, a 117hp upgrade to be exact.

The ZR1 comes with an abundance of carbon fiber, making up a significant portion of the car’s exterior appeal. Corvette even decided to maintain tradition and give the insanely-powerful car a removable roof panel, which is also made of carbon fiber, of course.

The ZR1 looks stunning on stage, but it’ll be even more rewarding to see it on the track.