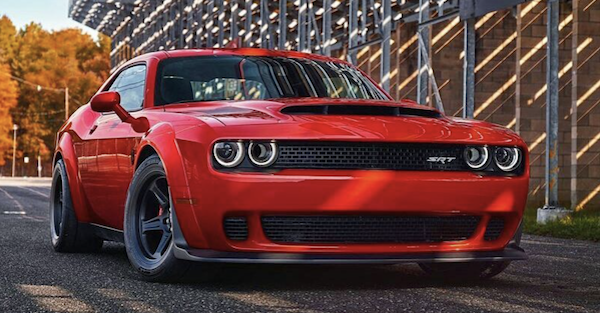 In a very noble effort to stop dealerships from marking the new Dodge Demon up as much as humanly possible, Dodge came up with an incentive program. This program encourages dealers to sell at or below MSRP in order to receive priority orders of the 9 second drag car.

This should have been enough to guarantee the Demon would be sold at what Dodge expected, after all there are so few of these cars being made that dealers couldn’t risk being black listed for the car. Dodge wanted it this way so dealers would use the car like Dodge intended, as a halo car. A car that isn’t really a money maker directly but more of an advertisement to get people interested in the brand.

However, in typical dealership fashion, they have found a way around this by using auctions. The way they’re doing this is by using a 3rd party to sell the chance to own the car on Ebay. Once the auction ends, the highest bidder of the opportunity to buy the Demon gets contacted by the dealer to actually purchase the car itself at MSRP. There is a deal in place with the 3rd party and dealer, so naturally both get paid and as far as Dodge is concerned, the car sold at MSRP just like they wanted.

Some dealers are putting the increased value of the car to good use. According to Automotive news, some dealers are selling the rights to the car and then donating that portion to a charity. Seems like a win, win, win as Dodge is happy, the dealer gets some good press and a charity gets help.

Dodge admits they’re powerless to force the dealers to sell at a certain price, but hopefully this little nudge in the right direction will rub off on other companies.

Related: There is only one pace in America you can legally drag race your stock Demon