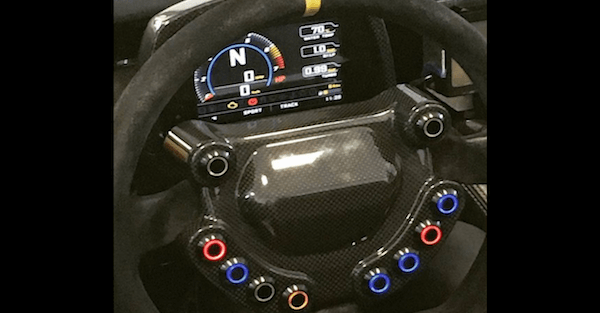 Dallara-the world?s leader in race car chassis manufacturing, has set out to produce their very first road car. The Stradale, (which translates to ?On the Road?) is a light weight, two seater sports car that puts down some insanely impressive performance numbers.

For Dallara, the transition to making a complete road worthy sports car seems all too natural. The company founder, Giampaolo Dallara, had worked for Ferrari, Maseratti and Lamborghini before starting Dallara in 1972. From there, he quickly became the leader in chassis manufacturing for Formula One, Formula 3, Formula E and Indy car to name a few. This type of experience explains why their Stradale is so darn impressive.

The car only weighs 1885 pounds thanks to its minimalist design, and the use of a lot of carbon fiber. Oddly enough, the base car doesn’t come with any doors, roof, or a windshield. This requires you to climb in the cabin, and although this aspect of the design may not suite everyone, it allows air to be channeled directly from the nose of the car to the engine and intercooler without needing side intakes. If this no doors business is too hardcore for you, there is an option to add gullwing doors, a roof and a windshield for $38,000 on top of the car?s base price of $177,000. Other options include a rear wing that creates a crazy 1,800 pounds of downforce, and you can opt for adjustable suspension.

Powering the Stradale is none other than a Ford Ecoboost four cylinder engine. According to Automotive news, it?s been modified with a larger turbo and upgraded valve train, and puts out 400 bhp. This will propel the little Italian rocket to 60 mph in only 3.4 seconds, with a top speed of 174 mph with no wing, and 164 mph with it. The standard transmission will be a six-speed manual, but there will be an optional automatic with paddle shifters.

According to the company?s press release:

“The combination of weight, vehicle dynamics and aerodynamics, along with customized tyres, allows to reach lateral accelerations beyond 2G under normal conditions of use.”

Mr. Dallara truly believes his car will deliver the ultimate driving experience saying this according to dallara.it:

“I like to think that Colin Chapman, which I began to admire since the days of his Lotus Seven, would appreciate the essentiality and simplicity of this car,? speaking of the legendary Lotus Engineer. “This project sums up everything we learned from racing and from collaborations with our clients, and I am convinced that those who will use this car will be able to try the pleasure of driving for the sake of driving. They will get in the car to take a nice ride and to experience the pleasure of driving”.

Dallara plans on producing 600 units over the next 5 years. According to Automotive News, the first 100 are already spoken for based solely off of word of mouth. With gorgeous styling and performance numbers that are out of this world, let?s hope making road cars is the new normal for the team over at Dallara.