Chris Harris Tells us What he Really Thinks of the NSX 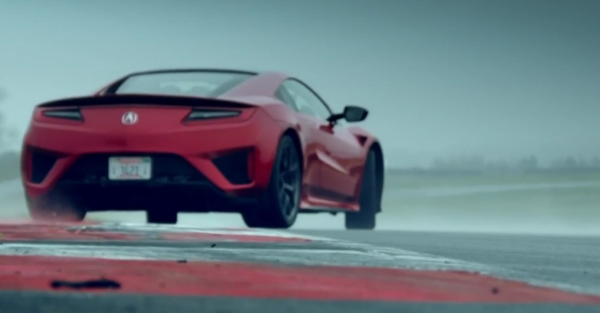 The second generation Acura NSX had not been a well loved car. Since it’s hybrid drivetrain and associated weight were announced, many believed Acura had squandered a chance to revive the legendary NSX name.

Once it was finally released, after many delays, the NSX began to get better than expected driving reviews. Top Gear’s Chris Harris may be late to shooting video of his review, but his opinion carries more weight than usual in the supercar world.

Designed and built in the United States, The NSX has 573 combined horsepower from its v-6 and three electric motors and goes 0-60mph in under three seconds. The compromise is that the NSX is immensely complicated and heavy for a sports car. Once underway, Harris finds that the car is not as unwieldy as it looks on paper. Despite the electronic steering and brakes, Harris is impressed with the feedback and feel of the NSX. Of course, it wouldn’t be a Chris Harris review without going sideways, so he kicks out the rear and doesn’t disappoint.

By the end of his time with the car, Harris is ready to proclaim that Acura (Still Honda everywhere outside of North America) has begun to get back to its sporty roots.

Related: [VIDEO] How Does The Honda NSX Stack Up Against The Audi R8 Plus?