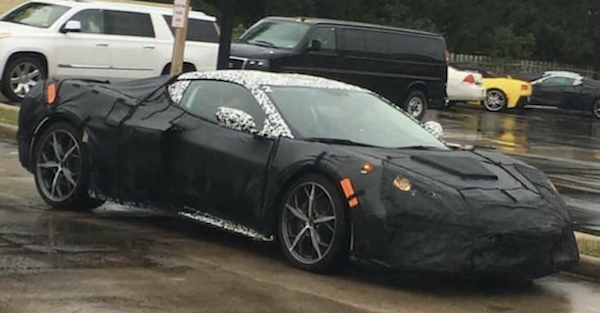 Apparently, we are entering a new era of leaked CAD drawings almost every week. The latest once again shows off a possible engine in the upcoming Mid-Engine Corvette.

The CAD image was originally posted on Twitter, and it reveals a dual over-head cam twin-turbo V8 engine. Previous reports call this the LT7, and it will be offered alongside two other engine options.

Considering the new ZR1 has 755 horsepower, it’s conceivable that this new engine could top 800 horsepower and offer very serious competition to even the most expensive supercars on the market.

The new C8 will be much more than a few very powerful engine options. The newest Corvette will be loaded with new lightweight composite materials and offer several roof options including a fixed, Targa, and full glass option.

Production of the C8 Corvette should begin in January of 2019 with deliveries later that year.

Related: Chevy confirms a rumor about the next Corvette is real