Your brand new BMW could be banned from the track 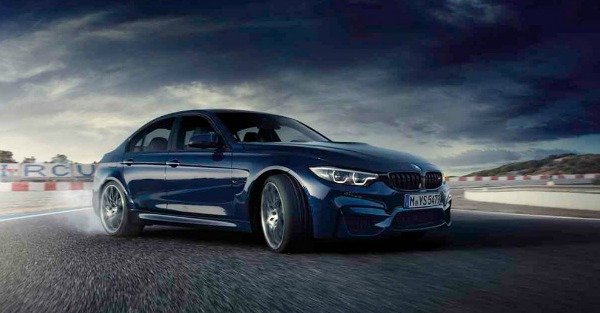 Advanced Driver Assistance Systems (ADAS) have generally been seen as a welcome advancement on today’s vehicles. Auto manufactures and tech companies like Mobileye have come up with systems that can automatically brake the car if a collision is expected.  They can steer you back in your lane if you veer off and even detect when you’ve fallen asleep and wake you up with loud noises and even vibrating steering wheels.

The rapid evolution of ADAS over the last few years has been one of the most interesting segments of the automotive industry to follow, especially when you consider that anti-lock brakes were mandated by the US only five years ago.

Although these features show promise on public roads and normal driving conditions to save lives, there is one area where they may not be so welcomed.

The Genesee Valley chapter of the BMW Car Club of America has implemented a ban of any BMW model that was spec’d with either automatic emergency braking or lane keeping assistance.  The club hosts driving school courses along with autocross events and has been around since 1981. The organization explained in a recent announcement that these driving assists, “may behave in unpredictable and undesirable ways on a racetrack.”

Consider how close cars follow each other on a road course. Its easy to imagine the result of a lead car braking hard before entering a turn.  A system like automatic emergency braking in a following car may consider this an ideal time to come to a stop and could cause a very painful chain reaction.

Lane keeping assistance can steer the car for you if you go outside of your lane. It uses a camera to see the painted lines on the highway and judge where you are. This could make passing a car with this feature a stressful affair depending on how the lines were painted on that particular track. The vehicle could quickly steer over as you approach.

As reported in Road and Track, BMW issued a comment regarding the Clubs ban. According to the report, the national BMW CCA office does not agree and stated:

“Most advanced driver aids like lane departure warning and blind spot detection do not effect the ability of the driver to control the car on-track at high speed.”

It was also stated by the national BMW CCA that the systems could be turned off.

Although they did not directly address the two driver assistance systems that were banned, the mere fact it’s mentioned that they can be turned off signals they too have thought about the issue.

I don’t believe relying simply on turning the system off before a race or lesson will suffice.  There will be errors. I envision some sort of transmitter at all tracks. A device detected by vehicles with these systems that signals the cars to turn them off automatically when the car enters the race track.

We’re likely less than a decade away from most of these systems being mandated on every car.  You can bet that with what’s at stake for enthusiasts a solution will come very soon.

Related: Ford’s “Evasive Steering Assist” Automatically Steers You Away From A Crash