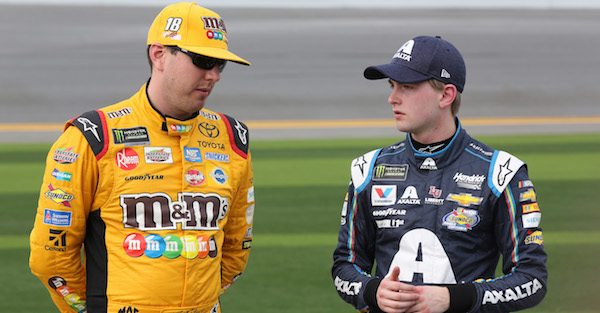 Texas Motor Speedway president Eddie Gossage has been around NASCAR for quite some time, and he likes to give some predictions before each season.

“The question is, ‘Who is going to make it big time?’ I believe ? and most folks I’ve talked to believe ? that William Byron (of Hendrick Motorsports) is going to be the man to emerge from the pack and be a star in this sport for a long time to come,” Gossage said according to Sports Day. “I wouldn’t be surprised to see William win a race or two, make it to the playoffs.”

Related: William Byron has a new team, and now, he has a sharp, paint scheme for the No. 24

Byron is making his Cup Series debut on Sunday at the Daytona 500 in the No. 24 car for Hendrick Motorsports. He has high expectations despite being only 20 years old, but his track record suggests he’ll be just fine.

Byron won the Xfinity Series championship last season, and he’s won at every level of racing.

If he makes the playoffs this season, it would be a very impressive accomplishment. Gossage certainly believes in his ability and for good reason.