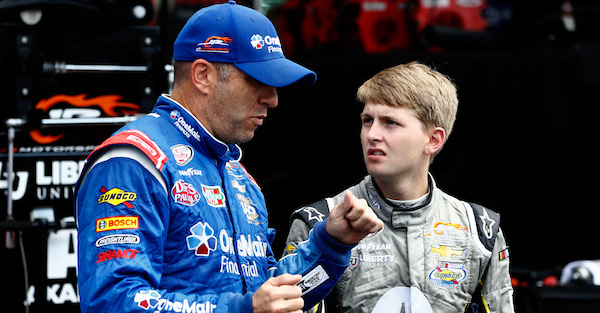 Heading into his first career Daytona 500 qualifying session, William Byron admits he had to fight off some nerves.

But the rookie found his way and cruised into the final round of qualifying alongside all three of his teammates. He finished the day in fifth, showing that nerves were no longer an issue once he hit the driver?s seat.

?I feel like my comfort zone is when I get in that race car and when I?m around those guys and get a chance to really sit in and think about what I?m doing,? Byron said. ?The race car is fast, and it?s fun to have the 24 and some of the fan support that has come with it. I look forward to that, especially in the week to come.?

Now, an even bigger challenge awaits the young driver.

Byron and his teammates will compete in the Duels at Daytona International Speedway Thursday night, which will determine the remainder of the Daytona 500 starting grid behind the front row. Teammate Alex Bowman is already locked in as the Daytona 500 pole sitter with Denny Hamlin claiming the outside pole.

?Really the hard part will be in the Duel racing around 20 other guys and trying to kind of solidify my spot in there,? Byron said.

But even after just a couple qualifying laps, the rookie is feeling pretty good about what?s to come.

?We brought a really fast Axalta Chevy,? he said. ?It?s been fast since we unloaded it, and the guys have worked extremely hard during the offseason to switch over the new Camaro and be able to show up and have the same speed they?ve always had on the superspeedways. I?m looking forward to running it in the Duel, especially.?

Even with the challenges they present, Byron is soaking up every new experience in his NASCAR Cup Series career.