Dale Jr. Thought Amy Would Break Up With Him After Drunk Go-Karting Incident 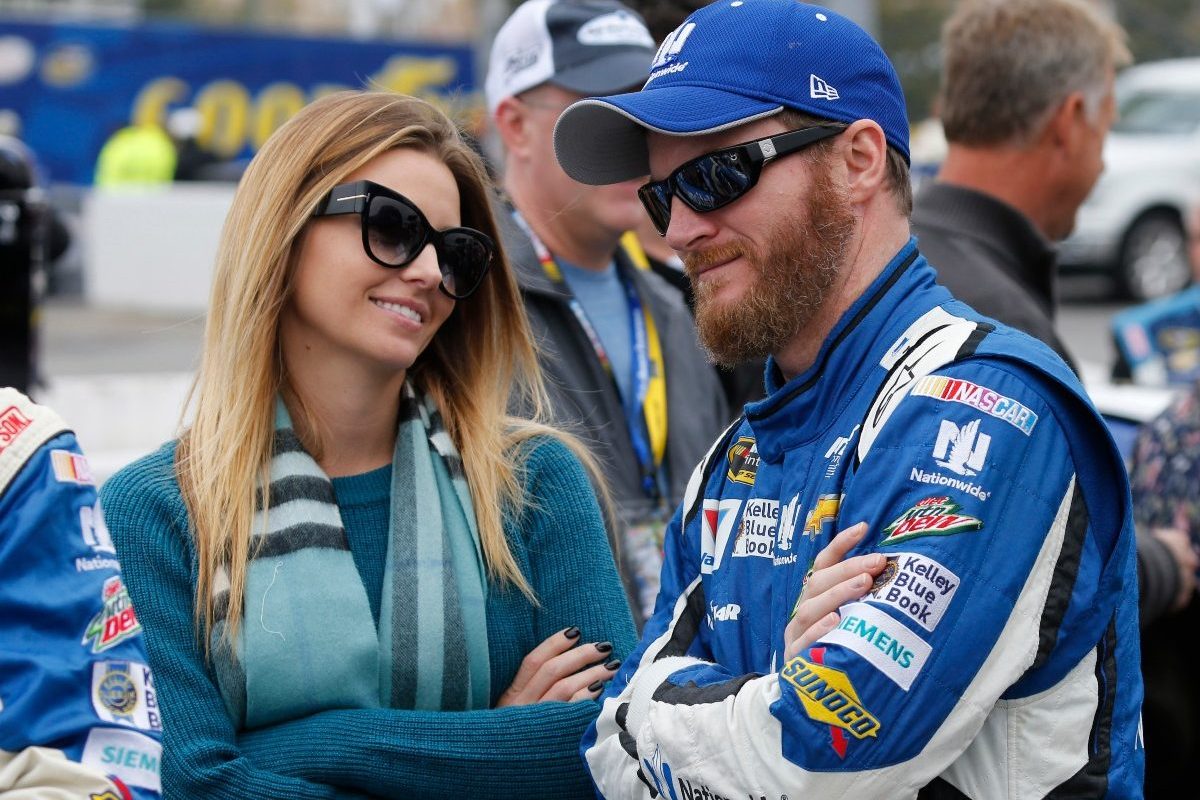 On the Dale Jr. Download podcast, Dale Earnhardt Jr. dives into everything from memories of his dad, Dale Sr., to stories from his racing days to just all-around crazy moments from his life. Junior typically isn’t at a loss for words on the show, but during an episode back in May, after he was asked to complete the sentence “I was so drunk once that I…”, he initially wasn’t sure which story to dive into.

With a little coaxing from his wife Amy, Dale Jr. recalled the time the two of them had a late-night, drunken go-karting session, back when they were still in their early dating days around 2009. Now, it may sound like it was all fun and games, but at the time, the former Hendrick Motorsports star was convinced that Amy was going to break up with him over the whole incident.

Junior gets into the aforementioned go-kart racing story around the 1:23:00 mark in the podcast, but you can read it all for yourself in the section below.

“Me and her, when we first started dating, we had been partying with friends for hours. Everybody went home, and we weren’t tired. And I said, ‘Hey, you know what’d be good?’ Me and her had just started dating, and I said, ‘Have you ever raced?’ You know, ‘I’ve got these go karts, and we can go race.’ I’ve got this small, little, tiny road course track. It’s kind of shaped like a kidney. I was like, ‘It’s right next to this creek, and we just finished it probably a couple months ago.’ And she was like, ‘Yeah, let’s go! Let’s go check it out! Let’s go race, I’ll do it.’

“And so we got on these [go-karts] at 2 o’clock in the morning, and, I mean, it’s dark. We’re racing, there’s no lights at this track. … There was a building on one end of it, so that was the only light that we had was sort of the corner lights off that building shining across it. I ran into her in this corner, and she didn’t lift off the gas. When I hit her, she just mashed the throttle wide open and just held it and almost went into the creek.

“She went over the berm that was sort of the protective berm to keep people from going into the creek, and the back tire got hung up on the root [of] this tree that was kind of growing out of the side of the bank of the creek. And she’s literally hanging into the creek, and it’s like six [feet] down. It was straight down into this creek, man. And it scared the hell out of me. I jumped up, she’s laughing. I thought I done ruined this relationship right here. She’s going to be so mad that she doesn’t want to see me again.

“So we had that going on, and then one time I peed in a closet.”

Now, obviously, Dale didn’t actually ruin the relationship, since he and Amy ended up getting married in 2016. On New Year’s Eve, in fact. Clearly, these two both like to party.

When it comes to Dale’s crazy partying ways, it seems like nothing could really phase Amy much anymore, even though the man has a boatload of ridiculous stories. Like the time that he branded himself.

Considering that Dale and Amy now have a one-year-old baby girl, and another one on the way, we’re guessing they don’t party quite as much as they used to. At least not without a babysitter.