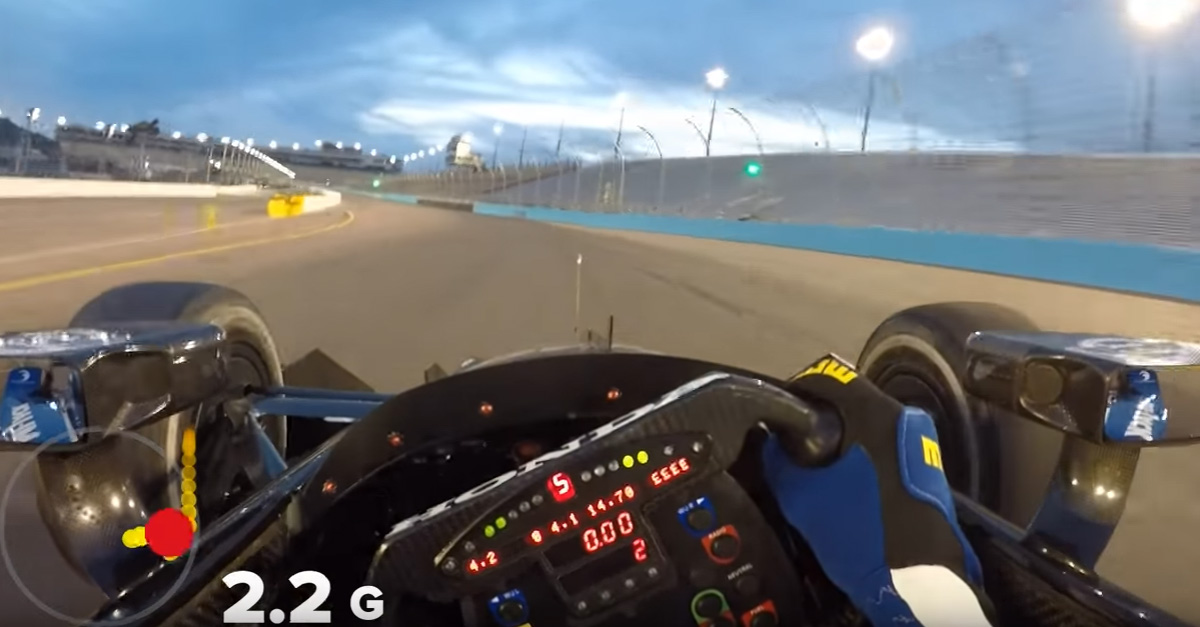 Dash and helmet cameras have given us a whole new perspective of the roads and raceways around the world. Graham Rahal’s visor cam puts us in the driver’s seat as we take a few laps around the Phoenix raceway. The quality is so sharp and clear you’ll think you’re actually driving Rahal’s Indy car! There’s even a g-force meter included so you can at least imagine the forces working against the driver as he takes those high speed turns. Take a look at the video above, it’s the closest you’ll get to the real thing without spending thousands of dollars!.