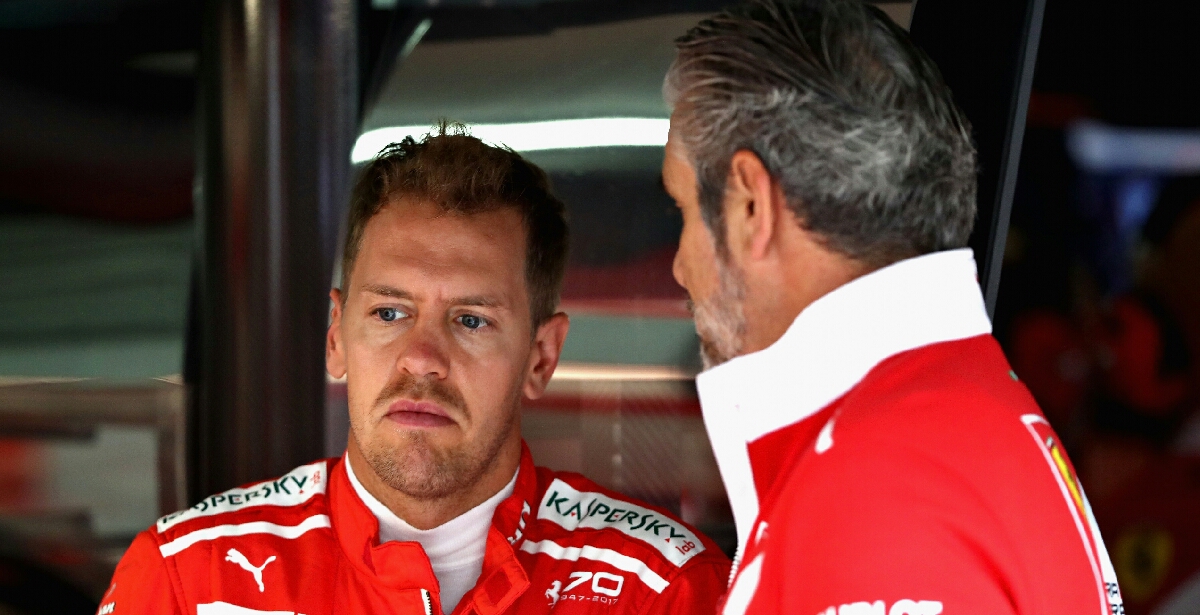 Vettel and Lance Stroll collided during the cool-down lap after the Malaysian Grand Prix. The resulting damage to Vettel’s Ferrari may mean that the gearbox can’t be fixed. If that’s the case, Vettel could find himself with a five-place grid penalty for getting a new unit, dropping him from a 4th place finish to 9th.

“We’ll check [the gearbox] but yeah, for sure that could be another bad surprise this weekend,” Vettel tells Motorsport.com. “I hope not because as I said it was completely unnecessary.”

Watching the video, you can hear Vettel blaming Stroll for the collision.

“I think he was looking at his [steering] wheel, Vettel said. “I gave him enough room. But it was too late, I was there already, and then there was contact. Completely unnecessary. He just didn?t look and decided to pick up some rubber.?

The video posted does not really indict Stroll. It appears by the track of the car that it might have been Vettel who went into Stroll. From his perspective, the rookie Stroll says he didn?t do anything wrong.

?I was just shutting off the car, like to do the in-lap, and he just came around the outside and kept pushing,? said Stroll. ?Never happened to me before.?

The race stewards invetigated and ruled neither driver was at fault, a decision that could have big implications for Vettel. He says his team might appeal to FIA a negative ruling about the gear box.