Former champion racer is breaking records in another sport 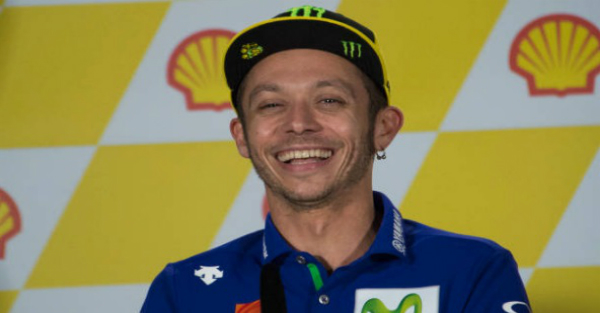 Valentino Rossi made a name for himself in MotoGP, but the racer is having success in another sport.

Rossi racked up his sixth win in the Monza Rally show, and by doing so broke a record. Rossi overcame a late 10-second penalty for an underweight car, to pull off the victory along with regular co-driver Carlo Cassina, according to motorsport.com.

RELATED: One of racing?s legendary riders has championship dreams crushed by horrible injury

The two jumped to a six-second lead over Marco Bonanomi, former Audi LMP1 driver during the opening stage Sunday. Bonanomi maintained his lead in the penultimate stage, but after going off track twice, he lost considerable time in the final stage.

Bonanomi’s mistakes allowed Rossi the opportuinity to regain the lead and eventually capture the win. Bonanomi fell to third in the standings, behind Hyundai WRC drivers Thierry Neuville and Andreas Mikkelsen.

After winning the opening stage on Friday, Neuville garnered another win on Saturday morning, Unfortunately a 10-second penalty for hitting a circuit marker and then a left-rear puncture ended Mikkelsen’s and Neuville’s hopes of victory. The two were able to win the final stage, putting them just ahead of Bonanomi for second place.