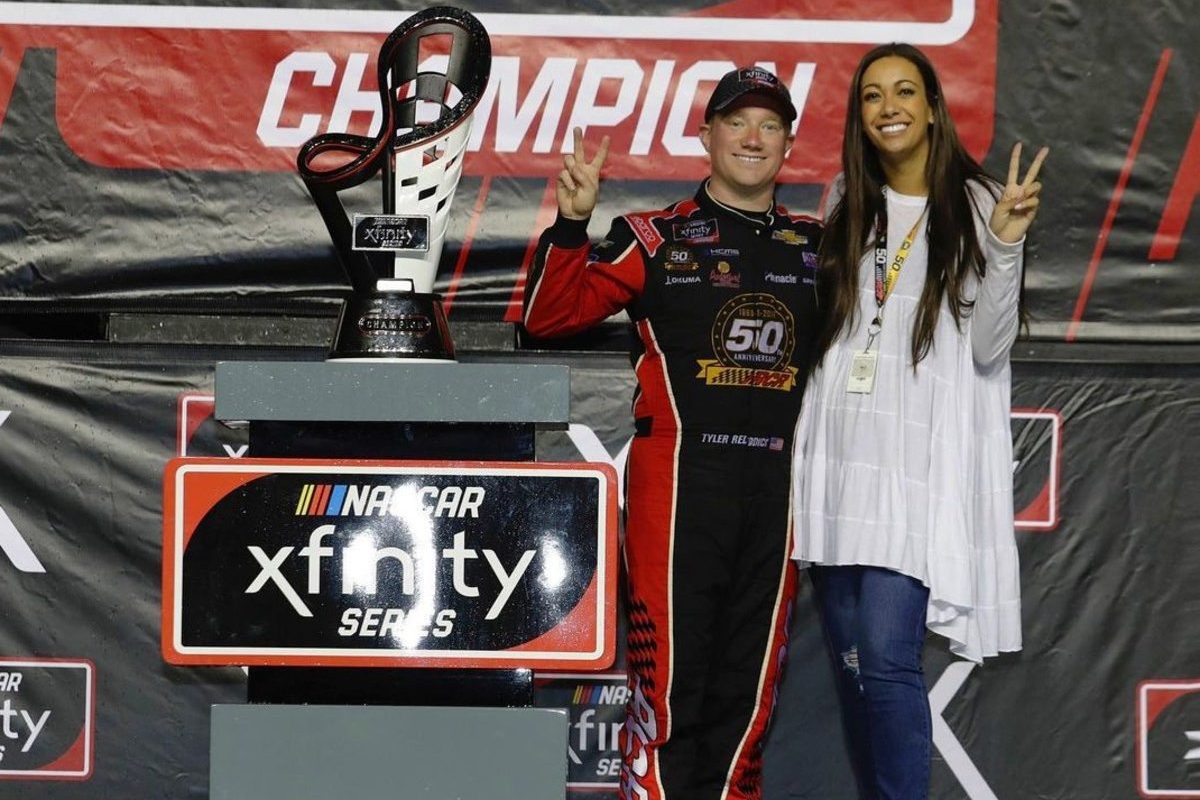 Tyler Reddick is about to complete his second full-time regular season in the NASCAR Cup Series, and he sure has . The 25 year-old racer hailing from Corning, California was behind the wheel by the young age of four, and undoubtedly has a bright future ahead of him as a stock car racing driver. Starting out in karts, he moved his way up to dirt late models and sprint cars.

He is the driver of the No. 8 Chevrolet Camaro ZL1 race car for Richard Childress Racing, but Reddick truly proved his skill back in 2018 when he won the NASCAR Xfinity Series Championship for the first time driving with Jr Motorsports. The following year in 2019 while racing for RCR, he remained as the Xfinity Series champion, making him the first NASCAR driver to win back to back championships with two different teams.

That said, in his personal life away from the speedways, Reddick is very much a family man. Who knows where this guy would be if he didn’t have the loving support and motivation from his beautiful longtime girlfriend Alexa De Leon. Let’s take a moment to learn about Reddick’s other half.

Reddick has had a busy lifestyle surrounding racing, so Alexa is actually his only serious relationship that he’s had. Luckily for him, he found himself a keeper on the first try. Alexa De Leon is extremely supportive, and she’s found with him at nearly all of his races around the country during the seasons.

She’s from Dominican decent, so she certainly knows the importance of a strong relationship and a close family. In 2019, the couple surprised the world after Reddick had announced on his Instagram that they were expecting their first child. Interestingly, they couldn’t unanimously decide on a name for their child, so Alexa made a bet with Reddick. If he won the 2019 Xfinity Series championship, he was allowed to decide on whatever name he wanted. Guess what? He did it. Almost instantly after winning the race, he took off his helmet, pointed at Alexa’s stomach, and yelled out “Baby Beau!”

One look at Alexa’s social media, and it’s clear that she takes her role as a mother seriously. Not only does she consistently post pictures of their young child, but she also provides updates from the races such as their most recent trip to the Coca-Cola 600 at Charlotte Motor Speedway where he finished in 9th place. Both Alexa and Tyler divide their time between Illinois and North Carolina, and judging by how happy they look in these pictures, it’s safe to assume they’re embracing every bit of the chaotic family racing lifestyle.

I guarantee this is only the beginning for these two, as they’re both still young and full of energy. It also wouldn’t surprise me to see a ring on Alexa’s finger soon, because this isn’t exactly the type of woman you want getting away from you. Reddick has got it made, and I can only wish him luck during the 2021 season as he attempts to drive his car to victory lane once more.