With Daytona coming up, here are the best paint schemes (so far) for 2018 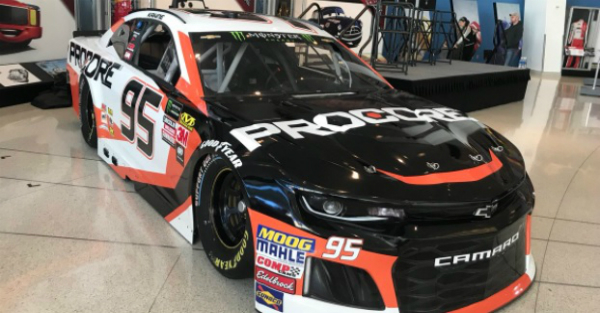 With 2017 on its way out the door, we’re ready to greet the upcoming year with open arms.

Now that 2018 is on the horizon, it’s only a matter of time before we get to see some amazing new paint schemes in action. When the NASCAR Monster Energy Cup Series kicks off at Daytona in February, there won’t be a shortage of outstanding paint jobs. One thing that will be highly noticeable is that black is back in a major way, with quite a few paint schemes in the field predominately done in the color.

Here are a few of our favorite rides for 2018 thus far.

Trevor Bayne’s new No. AdvoCare set the bar for the “Black is Back” movement, and it’s one of our favorites.

The reigning champ, Martin Truex Jr. also has a few new looks heading into the new year. From the looks of things he’s looking to bear the competition black and blue.

Eye Candy: We begin our look at 2018 #NASCAR paint schemes with the reigning Cup Series champion, @MartinTruex_Jr and @FRRacingTeam. pic.twitter.com/5Us17oosmb

Bubba Wallace will be making his way back to the Cup Series after competing in four races last season for Joe Gibbs Racing in 2017. He’ll be suiting up for Richard Petty Motorsports in 2018, driving a pretty badass Chevy Camaro ZL1.

Proud to say that I’ll be racing the No. 43 @chevrolet Camaro in 2018! I'm also incredibly excited about our new alliance with @RCRracing. The Petty's and I have had a lot of success with Chevy, including wins in my first ever K&N Pro Series race, and my last truck race! pic.twitter.com/6ewPvPMRCf

Aric Almirola will be the new driver in the No. 10 Ford Fusion for Stewart-Hass Racing, with another sweet black ride in the field .

The No. 10 Smithfield Ford Fusion made its debut at the @SmithfieldBrand sales meeting in Hollywood, FL today. Can't wait to see @Aric_Almirola behind the wheel in 2018! #SmithfieldRacing pic.twitter.com/YByefdQEwC

Team Penske rolled out a sneak peek at some of their new rides for the new year. One from each Brad Keselowski, Joey Logano, and Ryan Blaney.

Probably our favorite of the previewed rides is Kasey Kahne’s No. 95 Chevy Camaro ZL1. It’s almost reminiscent to some of the old No. 20 paint schemes from the Tony Stewart/Home Depot days, circa de 1999.