Top driver might not race this weekend after freak accident 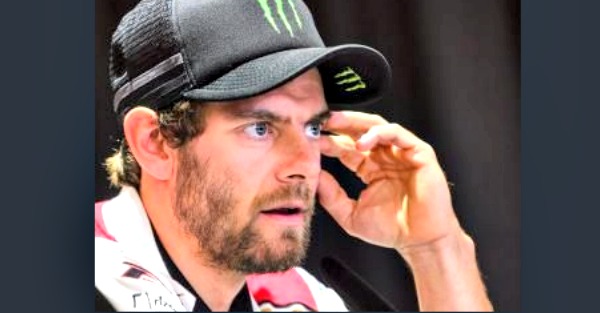 At least Cal Crutchlow can find some humor in his misfortune.

?Cutting Parmesan is a dangerous thing. I wish I could give you a story, like I was fighting a bear or something good, but honestly I don?t cook ? Lucy does the cooking because I?m a terrible cook, so I don?t bother.?

One of the top stars in MotoGP racing, Crutchlow was helping his wife make dinner last Sunday when his finger got in the way when he was cutting cheese. Crutchlow didn’t think too much of it at the time, but ended going to the hospital the next day when his finger didn’t stop bleeding.

?Then they noticed that the tendon was severed and in two, so they then made an operation immediately to re-attach the tendon back together,” he told Motorsports.com.

Crutchlow admits he’s in pain riding his bike, but be told Motorsports he’s unsure if he can race this weekend’s Marino Grand Prix.

?It?s an even better excuse not to do any of the cooking again! No, I?m a terrible cook but I?m good at may other things ? I do the hoovering.”