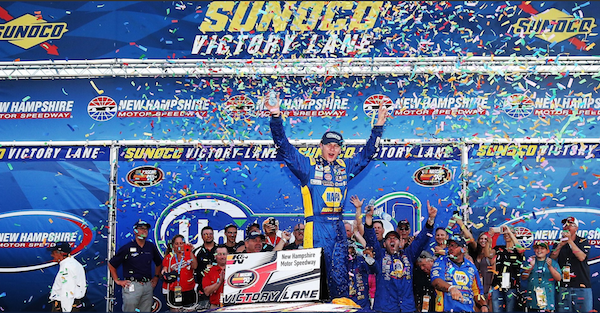 Todd Gilliland is only 17 years old, but he is already close to making NASCAR history.

Gilliland, who is the son of former NASCAR Cup driver David Gilliland, could become the first driver to ever lead both the East and West K&N Pro Series standings at the same time if he finishes ahead of Harrison Burton at the Finger Lakes Wine Country 100.

Gilliland has won three of the last four East races, and he only trails Burton by six points. Burton is the 16-year-old son of former Cup champion Jeff Burton.

After winning the East-West combination race last weekend, Gilliland now leads the West standings by 18 points. He has seven wins in 18 starts in the two divisions.

Need to keep the momentum rolling into @WGI 💪 @NAPARacing https://t.co/5IJRhrDeEA

Related: NASCAR team owner is proposing a huge rule change to shake up the sport

Gilliland told the Pasadena Star News that he’s ready to battle for the championship.

“Everything?s coming together right now for our NAPA Toyota team,” Gilliland. “It really puts my mind back into the championship battle. Every win, we get closer. Gaining on your competitors always feels good. We?ve got to keep it up. The finishes are really coming in right now and we need to keep the momentum rolling.”

Leading in the standings for both series would be a monumental accomplishment for a 17-year-old driver.