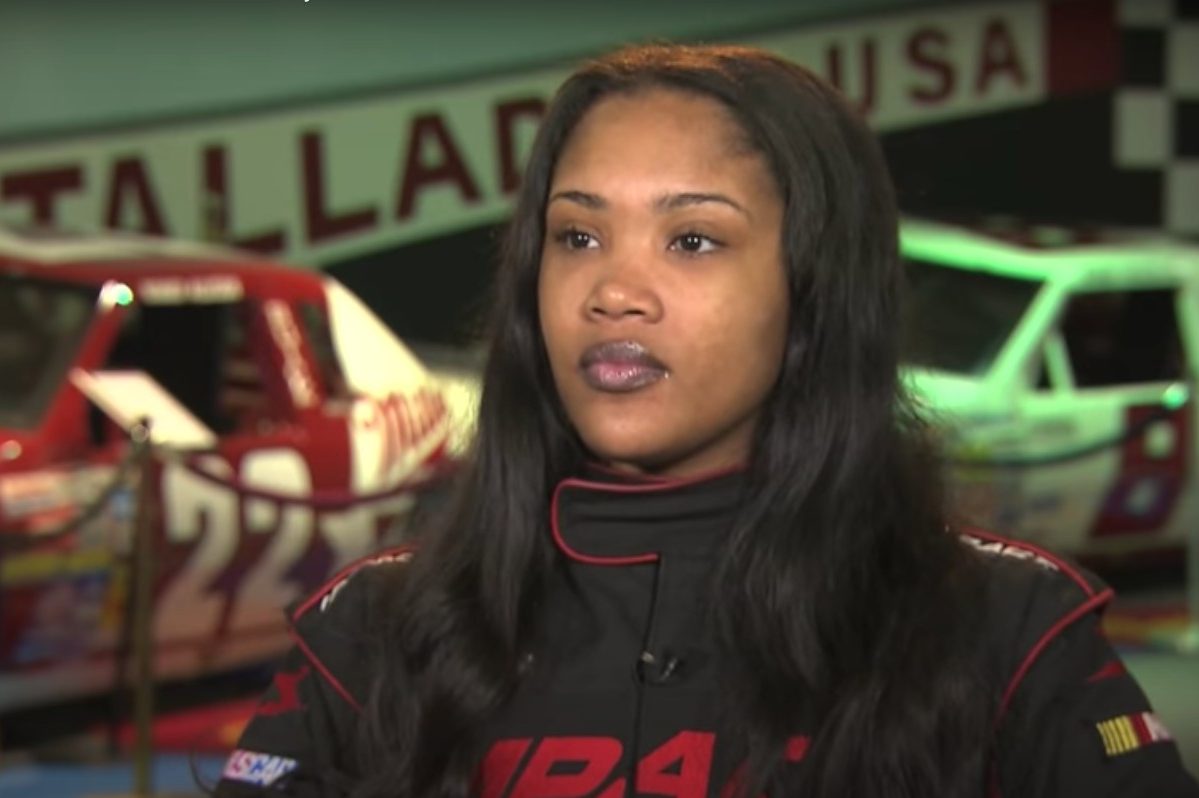 Shauntia Latrice Norfleet may or may not be the first female African-American NASCAR driver. This point is hotly contested, to the point where Tia Norfleet has more or less disappeared from the limelight before her NASCAR racing career even started.

So, what’s the deal with Tia Norfleet, and why haven’t we seen her tearing up any tracks?

Tia Norfleet is the daughter of NASCAR driver Bobby Norfleet. Throughout his racing career, Bobby dealt with discrimination on and off the track. Finding sponsors as one of the only African-American racers proved incredibly difficult, and Norfleet found himself working harder than his peers to maintain positive relationships within motorsports. Though he successfully raced motorcycles, drag cars, and stock cars at low-level events, he was never able to raise enough money or sponsorship to actively compete.

While Bobby Norfleet fought discrimination and disinterested sponsors on the track, he enjoyed inspiring his daughter Tia at home in Suffolk, Virginia. Both Bobby and Tia fondly remember how he added a little extra power her to her Barbie car when she was just a small tyke, which led to her love of zooming around at top speed. Through one simple child’s go-kart, a NASCAR hopeful was born.

At age 14, Tia Norfleet decided that she wanted to become a race car driver. She began drag racing and hitting the short track circuit for late model racing, with several top-15 finishes to her name.

Tia and Bobby Norfleet began a mission to bring awareness to motorsports to children of all backgrounds, especially those in underserved communities and from minority ethnic backgrounds. Tia established the “Driven to Read” literacy program, and participated in a variety of racing and charity events, including becoming a proud representative for the National African American Drug Policy Coalition and the Motorsports Institute, Inc. In 2011, she delivered the commencement speech for the graduating class of Unidad of Miami Beach & the New Generation Leadership and Workforce Institute’s (NGLWI).

And yet, since receiving her racing license in 2010 — the first African-American woman to do so– Tia Norfleet has battled an alarming number of nay-sayers and obstacles.

In 2013, The New York Times ran an article that effectively shut down any chance Tia Norfleet had at a NASCAR career.

The article claimed that she had faced criminal charges in her youth, which Tia has not denied. Furthermore, she’s not the first NASCAR driver to have faced arrest. Aaron Fike, Jeremy Mayfield, Junior Johnson, and Travis Kvapil all come to mind as racers with less than squeaky clean records.

However, as Tia worked to gain sponsors to advance her driving career, NASCAR officials have allegedly dissuaded any potential partnerships, citing her past.

Additionally, her NASCAR license has come into question. She has confirmed that she is the first black woman to receive a NASCAR racing license, and has publicly spoken about her desire to someday race at Daytona, once she has moved up through ARCA and NASCAR rankings. Interestingly enough, the press had a field day confirming that she has never competed in a NASCAR nationwide touring or ARCA-sanctioned event.

She has competed in one NASCAR-sanctioned event. In a late model race at Motor Mile Speedway in Fairlawn, Virginia, she started a race, yet parked after one lap.

Though NASCAR reports that developing diversity in racing is extremely important to them, it does seem strange that officials for the organization have spent a significant amount of time reiterating that Tia Norfleet, a hopeful driver looking to someday progress her career by announcing her future racing goals, is not yet a fully-licensed NASCAR or ARCA driver. Instead of bolstering her career, this move has vilified her in the media, with potential sponsors less than eager to support a driver who has been accused of misrepresenting herself.

Still, young girls, especially those who have not come from privileged white backgrounds, look up to Tia Norfleet. While the media paints Tia Norfleet as a liar and a criminal, it seems that she was right on par with other young drivers trying to find their way in the wild world of motorsports. Mistakes are made, words are misinterpreted, and tempers flare.

Which is pretty much the standard for most competitive sports, isn’t it?