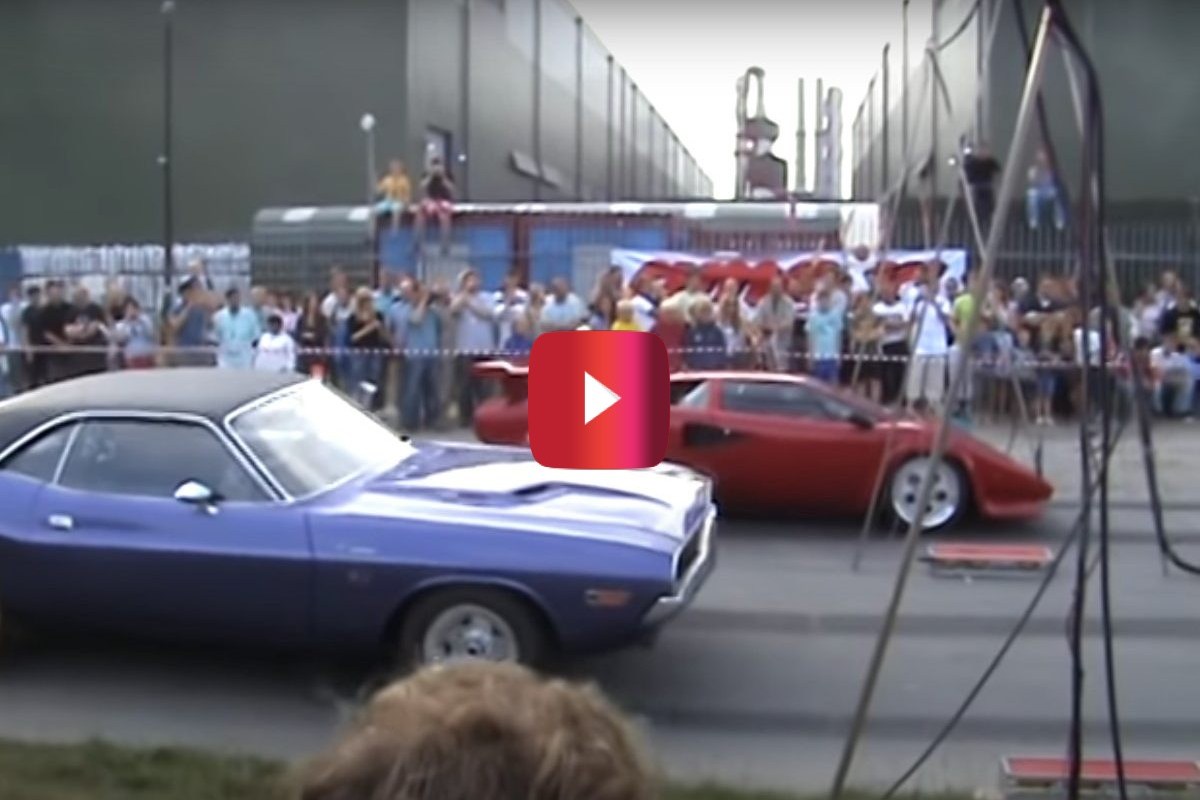 If you ever wanted to add “I beat a Lamborghini” to your racing credentials, this is how you do it. Take a purpose built Hemi-powered Challenger from back in the day, and put it up against one of the slower supercars Lamborghini has made in that last 40 years: the Countach.

The Countach was made from 1974 to 1990, and although its performance improved over the years, it was always about a 5-second-to-60-MPH type car. Nonetheless, a win is a win, and this Challenger took it to him with the crowd cheering it on the whole way.

If you’re a Mopar fan, this video will have you screaming “Mopar or no car” out your window in no time.

I don’t know about you, but I feel like we have to give just a little bit of props to the Lambo owner for even agreeing to this race to begin with. From the jump, he had to have known he was going to get smoked by the Challenger. But, I guess, some folks are willing to swallow their pride for a little bit in order to put on a show for an audience.

If you want to check out more drag strip dominance, Oysteinbno, the YouTuber who uploaded the Challenger vs. Lamborghini video, posted several more videos from the drag racing event that went down back in 2007.

We’ve got a solo look at the Challenger, a Camaro vs. Mustang race, and a third race that seems to be a Camaro facing off against a Fiat. None of them got nearly as much attention as the Challenger’s dusting of the Lambo, but probably for good reason.