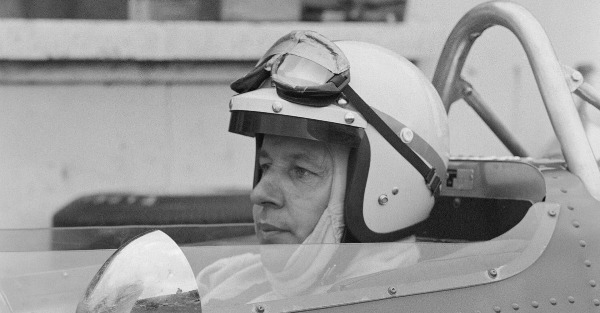 John Surtees, a racing legend who is the only person to win World Championships on two wheels and four, has died. He was 83 years old.

The announcement came via the Henry Surtees Foundation:

“It is with great sadness that we announce the death of our husband and father, John Surtees CBE.

“John, 83, was admitted to St Georges Hospital, London in February with an existing respiratory condition and after a short period in intensive care he passed away peacefully this afternoon. His wife, Jane and daughters, Leonora and Edwina were by his side.

“John was a loving husband, father, brother and friend. He was also one of the true greats of motorsport and continued to work tirelessly up until recently with The Henry Surtees Foundation and Buckmore Park Kart Circuit.

“We deeply mourn the loss of such an incredible, kind and loving man as well as celebrate his amazing life. He has set a very real example of someone who kept pushing himself at his peak and one who continued fighting until the very end.

“We would like to thank all the staff at St George?s Hospital and The East Surrey Hospital for their professionalism and support during this difficult time for us. Thank you also to all of those who have sent their kind messages in recent weeks.

It's not like everyday Rossi wanted to take a picture unless you are John Surtess. #RIPJohnSurtess pic.twitter.com/i3ijZerYTM

While funeral details are pending, tributes are pouring in.

Such a lovely man. We have lost a true great motorsport legend. RIP John. #JohnSurtees

Very sad to hear the passing of John Surtees. Absolute legend. Amazing man on both 2 and 4 wheels. Thoughts are with his family. 🙏 RIP John

Just heard the terribly sad news that the wonderful John Surtees has passed away. What a talented, lovely lovely man. We've lost a rare gem.