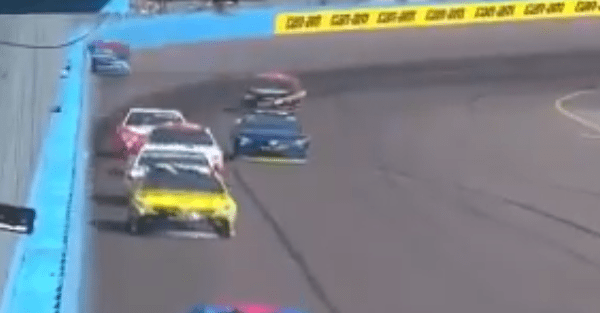 Last season, amidst a terrible tragedy, a Texas Motor Speedway tradition was put on hold.

Typically the winner of a race at the speedway will fire off a six-shooter to celebrate in Victory lane. That tradition will be re-implemented for the first race at Texas in April, Speedway President Eddie Gossage told the Star Telegram.

RELATED: Texas Motor Speedway makes a last-minute change to tradition, and it was the right thing to do

Last November, a mass shooting that killed 26 people in San Antonio, and Gossage made the call to suspend the celebration.

San Antonio is just under 300 miles south of the speedway, which is in Ft. Worth, TX.

Gossage went on to say that in no way is it a political statement, but better yet just a simple, “silly stereotypical cowboy celebration.’ He also made note that plenty of college and professional sports teams use cannons or guns at the beginning of games as well as for scoring celebrations.

“I don?t want anybody to get the wrong idea, but you have an agenda if you?re trying to connect the dots between shooting blanks in the air and going ‘woo, hoo,’ and to some social comment on gun control and gun rights,” Gossage said. “That?s just silly.”

The NASCAR Monster Energy Cup Series season will get underway next month at Daytona and will return to Texas Motor Speedway on April 8 for the O’Reilly Auto Parts 500.