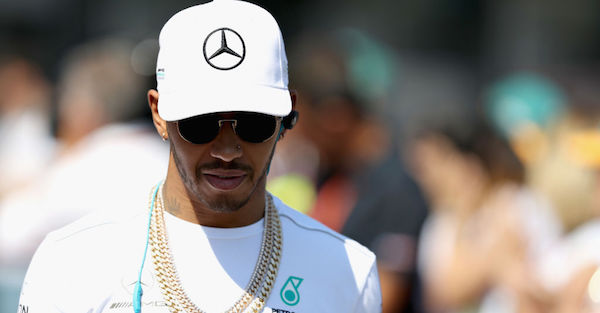 Two weeks ago at Mexico City, members of Lewis Hamilton’s Mercedes team were on top of the world when the driver sealed his fourth F1 title — but a lot can change in a couple of weeks.

With the championship already theirs, the main goal this weekend was to win the Brazilian Grand Prix. However, after the first practice at the Interlagos circuit in Sao Paulo on Friday night, the minibus transporting the team from the track was targeted by three armed criminals, who robbed the Mercedes team, according to USA Today.

Mercedes quickly released this statement regarding the robbery in Brazil: “Valuables were stolen but everybody is safe and uninjured which is the main thing.”

Hamilton revealed in a Tweet that gunshots were fired and at least one member of the team had a gun held to their head. The British driver then called on Formula One to do more to protect its teams when they visit the South American country.

Some of my team were held up at gun point last night leaving the circuit here in Brazil. Gun shots fired, gun held at ones head. This is so upsetting to hear. Please say a prayer for my guys who are here as professionals today even if shaken.

This happens every single year here. F1 and the teams need to do more, there’s no excuse!

While Hamilton wasn’t present during the robbery, another prominent racing figure was also targeted in a completely different attack. Matteo Bonciani, who is the spokesperson for the FIA, said the armor-plated car he was riding in was approached by three armed men at a traffic light, but those assailants fled after they failed to break the car’s reinforced windows after numerous attempts.

?They started crashing the windows with the guns, and my first thought was ? ?Is the armor good enough??? Bonciani said. ?At the beginning I thought they were just kids, but the guns freak you out.?