Brad Keselowski has the perfect reaction to ‘Tape-Gate’ 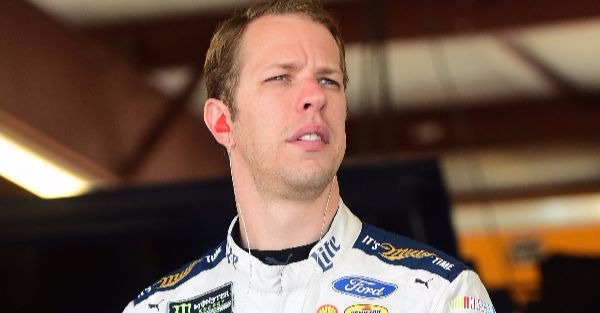 Tape-Gate was an unprecedented look into the way NASCAR handles its rules enforcement. NASCAR knows it cannot have officials in all places at all times, so, as Nate Ryan of NBCSports points out, they rely on teams effectively snitching on each other.

Just recently, Chase Elliott and his team were busted by the NASCAR violations police when his No. 25 Hendrick Motorsports car was flagged for an L-1 penalty for “modification of components to affect the aerodynamic properties of the vehicle.”

These penalties came down after an uproar on social media pointed out the possible violation. Lazily labeled “Tape Gate” a Reddit user claimed to have video and pictures that showed the team removing illegal tape from the rear spoiler of the car.

Whether NASCAR became aware of the shenanigans due to browsing Reddit or from another team is unclear. But it is clear that officials looked closer at the situation after the uproar occurred.

Brad Keselowski probably spoke for many when he tweeted his response to the whole ordeal:

Wow,
when did @NASCARonReddit turn into the new @NASCAR FBI?

Crazy times we live in. A social media site played a not-insignificant role in busting a team for a major violation. This is uncharted territory and it brings up a bunch of questions about cheating in motorsports. It has always been a part of the game, and everyone has different feelings on that fact, but in the social media age, it is a heck of a lot harder to get away with it.

Related: NASCAR doing their ‘due diligence’ looking into the latest controversy