Talladega wastes no time, says “good riddance” to a controversial rule no one liked 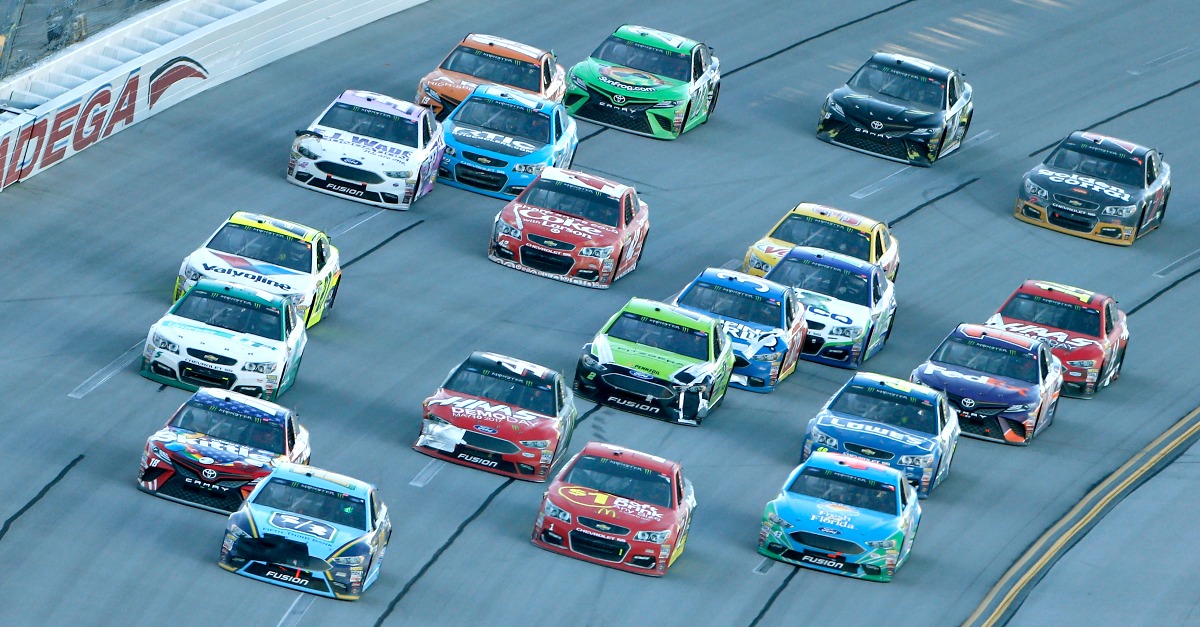 Brian Lawdermilk / Getty Images
during the Monster Energy NASCAR Cup Series GEICO 500 at Talladega Superspeedway on May 7, 2017 in Talladega, Alabama.

Say goodbye to that overtime line.

Talladega Superspeedway — home of the 4,000-foot Alabama Gang Superstretch, the most famous backstretch in NASCAR —  broke out the paint and rollers to cover up the dreaded overtime line.

?Good riddance,? Chairman Grant Lynch said. “And, thanks to NASCAR for wanting to make the finishes better at all venues. I know our fans here at Talladega are going to be excited. By the way, I am not in the same category as Picasso, but hopefully fans will think I did a good job with this work of art when they arrive here in October.?

Lynch wanted to make sure the overtime line was gone well ahead of the next two races at Talladega, Alabama 500 and fred?s 250 Powered by Coca-Cola races ? both NASCAR Playoff events ? the weekend of Oct. 13-15.

Effective immediately, NASCAR has listened to its fans and made a major rule change. The much-maligned overtime line will never again drive fans and drivers to twitter-rants. The unpopular rule was mostly criticized for being confusing and over-complicating what should be a simple sport.

?After many discussions with key figures throughout the industry, we recognize that having the start/finish line serve as the standard Overtime Line position will benefit the race ? and, most importantly, our fans. We are implementing this immediately, starting with this weekend?s races at Watkins Glen International.?

Overtime itself will still exist as NASCAR wants every race to finish under a green flag. The new rule, instead of an arbitrary line at some point on the track, uses the start finish line as the standard. The lead driver will not have to complete a full lap under green for the race to be considered complete.

While the arbitrary overtime line disappearing is met with almost universal praise, it doesn’t totally solve the problems NASCAR has been having with ends of races dragging on for too long.

?We are still going to have unlimited attempts to finish races. That?s the one thing that doesn?t change. It?s still going to be in the hands of NASCAR to determine when they are going to throw the caution flag if something is happening behind the leader.

“There is still going to be controversy along the way, but I do applaud them for going back to this. A line somewhere on the back straightaway never made any sense. Everyone now knows, from the beginning of the race, where the overtime line is. You cross it every lap.?

Dale Earnhardt Jr. also applauded the move, even though he was a key figure in its inception:

👍🏼 Good move. Other idea didn't pan out. I'll take any amount of responsibility for it. https://t.co/m9MJZpQJ0d

While we could still be saddled with endless races and countless attempts to finish under green, getting rid of the maddening overtime line is sure to make each race a more enjoyable experience for everyone.