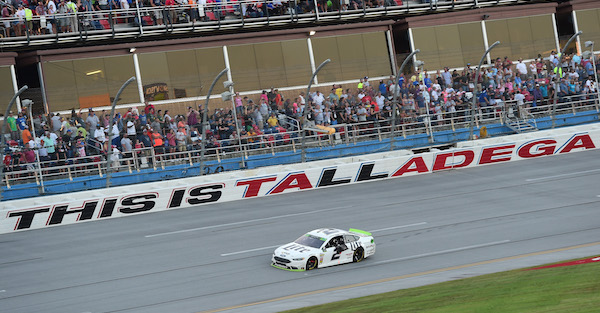 Last Sunday’s playoff race at Talladega Superspeedway set a record that won’t surprise drivers or fans in the slightest. The race had the highest number of DNFs in the playoff era (2004-present) as 26 drivers didn’t finish on Sunday, as per Frontstretch.

There were multiple crashes during the race, and the number of drivers who didn’t finish was also an all-time high for restrictor plate races since 1988.

Before Sunday’s race, the highest number of drivers who didn’t finish at a restrictor plate race was 19 in 2012 at Talladega and 2001 at Daytona.

These troubling stats beg the question… is Talladega too dangerous of a race? It’s probably the most popular racetrack in the sport along with Daytona, but it’s certainly proven to be among the most dangerous and costly. Teams will have to spend much more time repairing cars, and those repairs will be costly.

Obviously, NASCAR isn’t going to stop racing at Talladega. It’s very popular, and it’s one of the most historic tracks in the sport. But there probably needs to be measures taken to increase the safety at the track and decrease the wrecks.

Wrecks can be fun to watch for fans, and a wreck every now and then can add to the entertainment level of a race. But when 26 drivers are eliminated, is that even fun for fans to watch? Is it fun to watch a handful of drivers finish a race? Fans were likely pleased to see Dale Earnhardt Jr. survive and finish the race, but imagine if he and all the big name drivers wrecked and didn’t finish. Would fans just leave?

The fact that Talladega is right in the middle of the playoffs is intriguing because it’s so unpredictable, but  so many cars failed to finish, and it had an impact on the playoff picture. Denny Hamlin wants it to be the last race of the regular season, which would be a fun way to end the year. And it feels like the race might be bettor suited outside of the playoffs.

Talladega certainly has a place in NASCAR, but there needs to be safety measures taken to help ensure more than half the field can actually finish the race in the future.