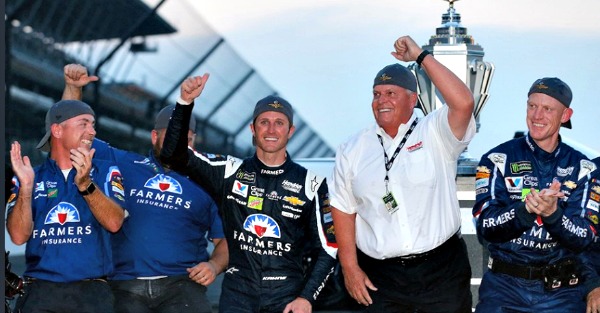 A dispute over commissions has resulted in a lawsuit that provides insight in how crazy expensive it is to sponsor a NASCAR team.

In the case of Kasey Kahne and Hendrick Motorsports, try nearly $67 million over the last six years.

ESPN’s Bob Pockrass reported on the details of a lawsuit filed by Sports Marketing Consultants against Hendrick in a dispute over the percentage of commissions owed on the sponsorship deal. Sports Marketing says it’s owed $3.38 million, but it’s the amount of sponsorship money that’s eye opening.

Farmers announced it wasn’t renewing its deal after this season, and Hendrick said it wouldn’t retain Kahne.

The contract also went into great detail on bonuses Hendrick would earn for wins, top 5 and top 10 finishes; refunds to Farmers if the team under-performed on the track; personal appearances required by Kahne and and others; and the type of perks Farmers would be entitled to, among other things.

The whole story is worth a read, but the amount of money it costs to sponsor a team is mind-blowing.