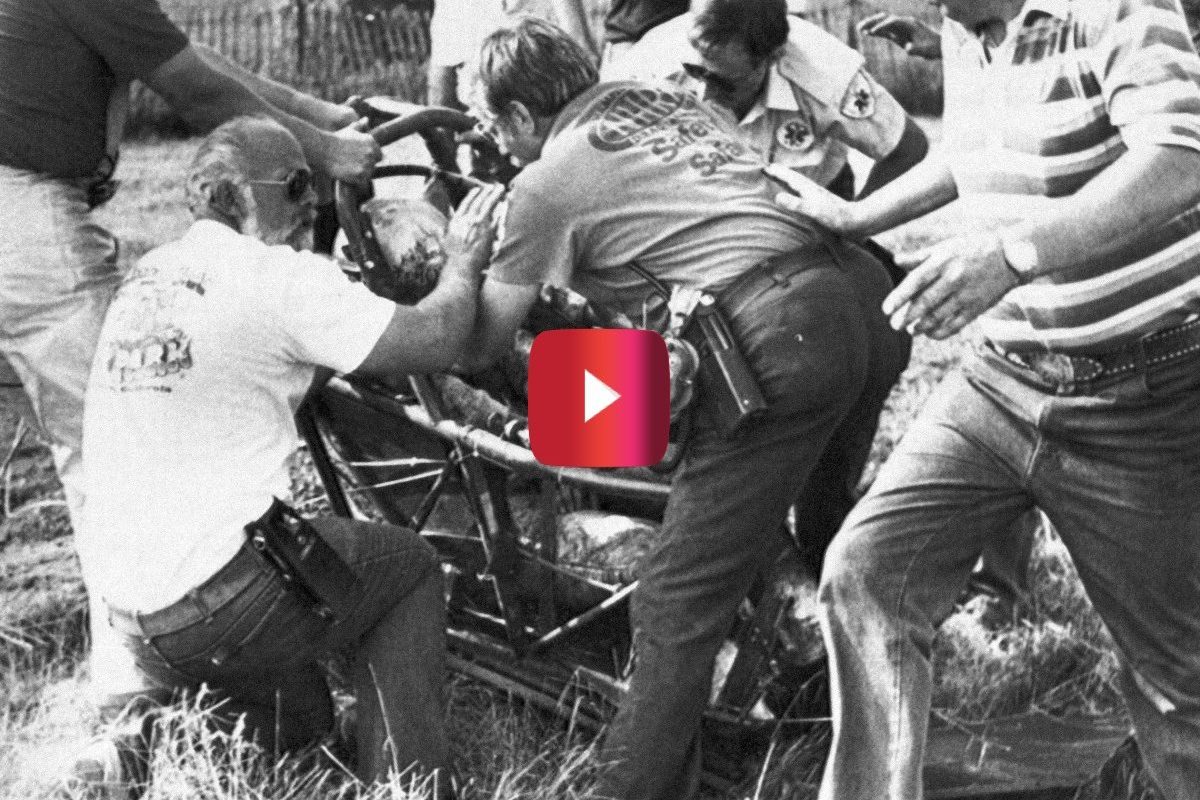 In drag racing, there’s no shortage of tense moments and fierce competition. The Top Fuel dragster competitions in particular are, without a doubt, some of the craziest auto racing events to watch. It’s somewhat similar to a Funny Cars, but these dragsters have a much narrower and aerodynamic body. These nitro race cars scream down the quarter-mile at extreme speeds, and the drivers put their lives on the line to get the fastest time possible in order to win the Top Fuel titles. Sometimes, incidents happen during these match races that make everyone remember just how dangerous this sport actually is.

Top Fuel driver Shirley Muldowney, also known as “Cha Cha” or the “First Lady of Drag Racing,” had quite the motorsports career going by 1984. She learned how to drag race for the first time in Schenectady, New York from her boyfriend, Jack Muldowney, who she married about a year later. She had a child with Jack, who ended up working for the race team. A few years later, however, the marriage ended in a divorce. In 1959, Shirley turned pro and committed everything she had to the sport. She was the first woman to win the NHRA (National Hot Rod Association) Top Fuel World Championship three times and proved to have some serious talent behind the wheel.

But, it was recovering from a terrifying crash in 1984 that proved to be Shirley’s true test.

As Shirley lined up for the second round at the NHRA national event in Montreal, Canada, she looked strong. Little did people know, this would be the last time she would go down the dragway until 1986. As the raceway lights turned green, the drag racer took off down the track and gave her match racing competitor, Gary Ormsby, a run for his money. As Shirley crossed the finish line, the unthinkable happened. The inner tube separated itself from the left front tire and wrapped around the steering, which caused her car to veer left and crash into the wall at around 245 MPH. The car basically disintegrated in the horrific wreck, and Muldowney ended up lying in a field away from the dragstrip, still strapped to her seat, about 500 feet away from where the car hit.

Muldowney had serious injuries from the crash. Her fiancé and crew chief, Rahn Tobler, thought this would be the end of her career. Muldowney explained her traumatic experience, noting that she was in extreme pain, but was unaware of the extent of her injuries due to the mud and dirt she was covered in. It was when she arrived at the hospital that she realized how bad the injuries were. The hospital spent around six hours just cleaning the grit and dirt out of her wounds. She had a severed thumb and foot, and two fractures to her right leg and a dislocated ankle. Her left knee was bent backwards, she fractured her pelvis, sustained neck injuries, and broke every bone in her right hand. The doctors weren’t even sure if she would ever be able to walk again.

She spent the next four months in three different hospitals and underwent six surgeries that ended up costing her over $150,000. The recovery process was extremely long and drawn out, and Muldowney was in hell, since all she could think about was getting back into a race car again. She claimed that 14 months after the incident, she wanted to be back in her dragster and participate in the Winter Nationals in Pomona, California. Doctors surprisingly said this could be realistic.

Eventually, in the late 1980’s, Muldowney did recover and actually began racing again. However, most of the later racing happened without a major sponsor. She went on to continue racing until her retirement in 2003.

Shirley Muldowney was beyond tough, and the fact that she still wanted to race after everything that happened to her is pretty mind-blowing. It just goes to show how passionate some of these racers are in this sport. Crashing at 250 MPH and surviving is a miracle in and of itself, but I have to respect Shirley for keeping a focus on what was important to her in life.

It’s passion like this that motivates drivers from all over the world. Accidents happen, but getting up and pushing forward after the fact really shows your true character. I can’t stress the amount of respect I have for the legendary Shirley Muldowney for everything that she went through.