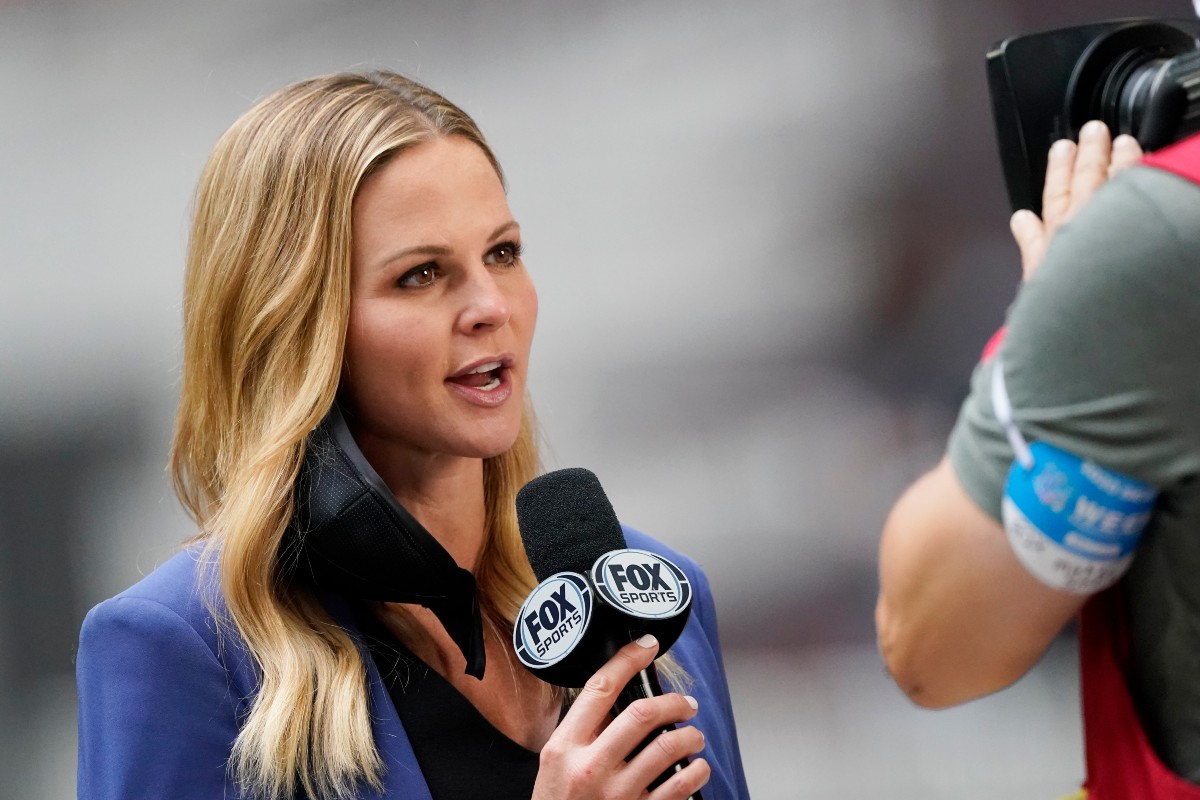 In the world of broadcasting, it’s important that you have an announcer/broadcaster who really knows their stuff. That’s why it was a great choice of Fox Sports to bring on Shannon Spake as a sports broadcaster back in 2016. Among many other sports, she’s been used for coverage of NASCAR events and races, so you’ve probably seen her on TV a time or two.

Versatile is an adjective that doesn’t even fully describe Spake’s talents. At this point, she’s a veteran sports broadcaster, and she’s definitely been involved in a wide variety of different sporting events. Below, we’ll learn a bit more about her, and find out where she got her start in this industry.

Who Is Shannon Spake?

Born and raised in Sunrise, Florida, Shannon was diagnosed with scoliosis, which required surgery at the age of 13. This didn’t slow her down, however, because throughout high school and college, she continued to swim competitively. Her talent awarded her with a scholarship to Broward College, though she later went on to transfer to Florida Atlantic University, where she received a Bachelor’s degree in communications.

Today, Shannon lives in Charlotte, North Carolina with her husband, Jerry McSorley, and together they have two identical twin boys. During her free time, Shannon is very much involved in the triathlon community. Over the years, she’s finished three different marathons, competed in five 70.3 Ironman events, and even became part of the Ironman Foundation Ambassador Program. Her ultimate goal is to compete in the Ironman World Championship in Kona. Talk about impressive!

Spake got her actual start in the industry when she interned for the Neil Rogers Show on Miami’s WQAM back in 1999. Shortly after, she made the big move over to New York City, where she started working as an assistant director of on-air promotions at Nickelodeon. She spent two years at CBS as well, and she covered historical events such as the September 11th attacks and the 2000 Presidential election. By 2003, she was working as a production assistant for Real Sports with Bryant Gumbel, while also doing freelance production work for many other programs.

Later that year, she was hired on as a producer and reporter for WCCB-TV, which was affiliated with Fox. Spake joined on to report for the NBA’s Charlotte Bobcats. Moving onward, by 2005, she transitioned and worked for the Speed Channel’s NASCAR Nation, as a co-host of Backseat Drivers, and even reported from the NASCAR garage during the 2006 Daytona SpeedWeeks. This was the very start of her business relationship with Fox.

The years that followed proved just how capable Spake was with multi-tasking. Starting in 2006, she was a sideline reporter for college football games, including some bowl games. Fast forward a bit, and Shannon was also a sideline reporter for ESPN’s Saturday Primetime as well as Super Tuesday SEC college basketball events. While at ESPN, she also covered the 2015 NBA draft and covered tons of championships including the Final Four for SportsCenter. Even while she was doing all this, she also had the additional task of being a pit reporter for numerous coverages of NASCAR.

Since her move back to Fox Sports in 2016, she made her NFL coverage debut. By 2017, Spake also started co-hosting NASCAR Race Hub, and FS1’s daily NASCAR news and highlights show with Adam Alexander. Another cool fact about her is that she appeared in Pixar’s Cars 3, playing Shannon Spokes. Today, Spake is the host of NASCAR RaceDay and NASCAR Race Hub and handles all the anchor duties for the NASCAR Cup Series, NASCAR Xfinity Series, and pre-race live shows. It’s clear that she’s handling business, even despite the whole pandemic situation.

Shannon Spake knows how to get the job done. Whether it’s football, basketball, or NASCAR, Spake knows how to cover it with the utmost professionalism. It’s always a pleasure to see her show up on the TV screen, so I wouldn’t imagine she’ll be leaving anytime in the near future.