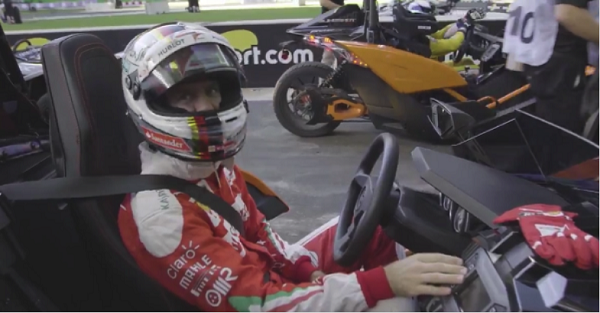 In a sport where advertising dollars mean everything, it might surprise some people to hear a Formula 1 driver say fans need to accept that some races are going to be boring.

Those sentiments were recently voiced by Ferrari?s Sebastian Vettel, who won five Grand Prixs this year and also finished 2nd in the point standings.

?Some races are boring, so what?” Vettel stated, according to Motorsport.com. “I don?t see the problem in that.

?It?s true that overtaking sometimes, especially if you’re behind and you’re fast and you can?t get past for those reasons, it annoys you. But then again if you make the move there is a massive reward inside the car, sometimes out the car.

?What I want to say is that overtaking should be an achievement and not handed to you.

These comments were made after F1’s tire supplier, Pirelli, reported that overtaking was down 49% last year. There were a total of 866 passes recorded in 2016–when there was one more race–but only 435 overtakes occurred last season. That’s the lowest total of overtakes since F1 introduced the drag-reduction system in 2011. The DRS system gave teams the ability to alter the angle of the rear wing to alleviate drag and make passing easier, according to Jalopnik.

Surprisingly, the man who dominated the 2017 season, Lewis Hamilton, voiced a contrary opinion regarding the watch-ability of certainly F1 races. The four-time F1 champ recently went on record saying that F1 needs to do more to make the races exciting for fans .

?On the racing side, I hope moving forwards, overtaking gets easier,? Hamilton said, according to FIA.com. ?Not easier, but being able to follow each other is really what the sport needs. The more overtaking, the more fun it is for people to watch.?