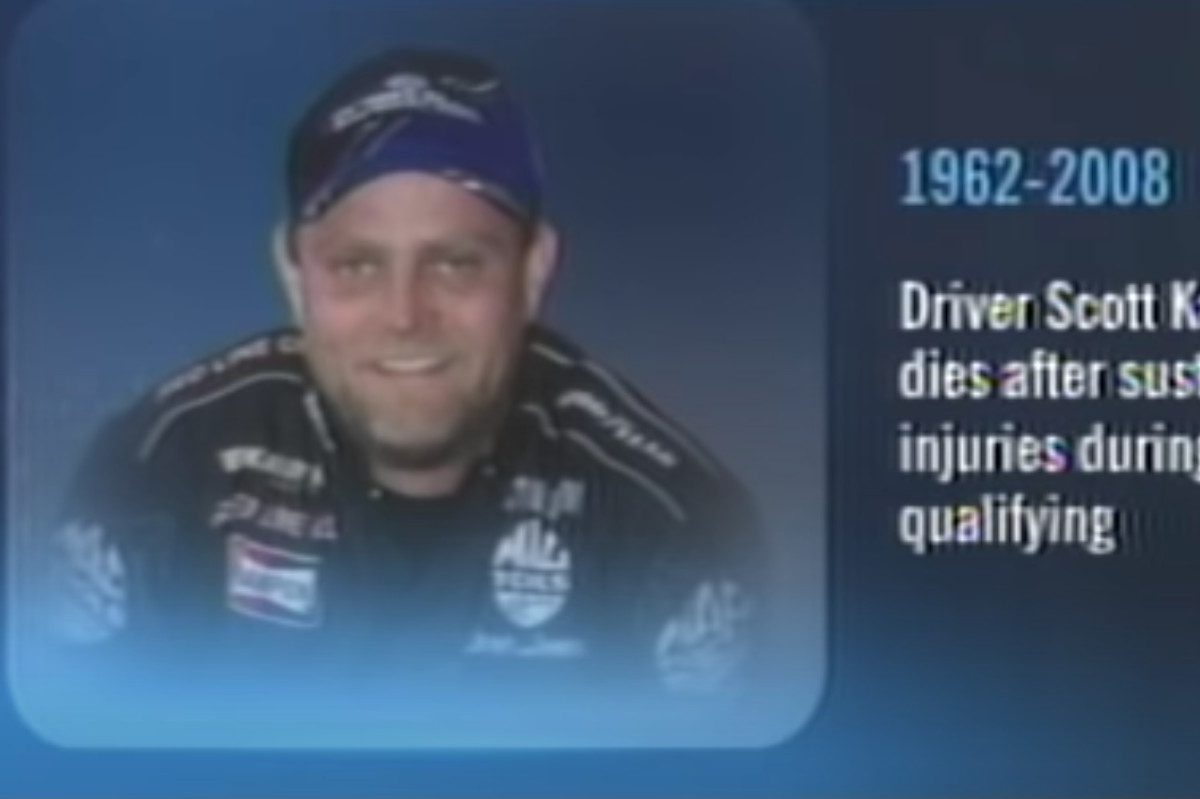 Scott Kalitta had a very successful career in NHRA drag racing. He was a legendary competitor in the sport and managed to rack up 17 career victories in his Top Fuel dragster, along with one Funny Car win.

The son of the veteran driver Connie Kalitta and cousin of his teammate Doug Kalitta, Scott’s death was nothing short of tragic. As a result, the NHRA made a number of changes to improve safety on the dragstrip. Sadly, it took a 300 MPH crash on June 21, 2008 to make those changes possible.

Scott and his wife, Kathy, lived in Snead Island, Florida. Together, they had two children, Colin and Corey. Scott’s career began at New Jersey’s Old Bridge Township Raceway Park, which oddly enough, was the same track where he passed years later. In the 1990s, he moved into Top Fuel racing.

The drag racer won the Top Fuel championship two years in a row. By 1994, he became the first driver to have four straight event wins. In 1995, he won six events and around 45 rounds of competition and brought home the championship win. He actually decided to retire in 1997 to devote more time to his family.

Of course, his retirement was shortlived, as he decided to jump back into the racing in 1999. He returned to Top Fuel in 2003 and set a new speed record of 333 MPH! In 2006, he jumped back into Funny Cars, however, he did not have nearly as much success as he had in Top Fuel.

Toward the end of this year, he switched over from his Monte Carlo race car to a Toyota Solara, which he drove for the rest of his career. By 2008, he made his 36th final round appearance at Chicago, just two weeks before his death.

In June 2008, Scott was once again at Old Bridge Township Raceway Park. During the final round of qualifying for the Lucas Oil NHRA SuperNationals, he suffered a tragic crash. Kalitta was going down the quarter-mile at right around 300 MPH when his Funny Car burst into flames. His engine had exploded.

The car’s parachutes were damaged due to the flames, so Kalitta applied as much mechanical braking as he possibly could to slow the nitro race car down throughout the shutdown area of the track. The carnage from the explosion actually locked the clutch system, which meant that the car was still continually powering down the track as the Funny Car driver tried to slow it down.

Kalitta’s car went through the run-off sand trap at the end of the track at around 125 MPH, where it then crashed and went over the retaining wall before slamming into a heavy piece of track equipment. The car was completely destroyed by the accident, and Kalitta was rushed to a hospital.

Unfortunately, the drag racer did not make it through the catastrophe. The next day, in what would have been his opening elimination round event, the entire Kalitta team stood on the starting line as his would be competitor, Robert Hight, idled his car down the racetrack out of respect.

The two-time series world champion shared the same passion and desire to win as his legendary father, Connie. The NHRA decided to shorten the Top Fuel and Funny Car races to 1,000 feet and added extra safety measures, such as extra padded retaining walls, following the investigation of the crash. Although unpopular to some of the fans, this length is still being used in today’s races. They also sought to eliminate engine backfire due to Kalitta’s crash.

With the help of Funny Car champion John Force, Kenny Bernstein, and Top Fuel champion Tony Schumacher, they developed and implemented a sensor that would automatically deploy parachutes in the event of a backfire.

Scott’s death was extremely tragic, but he sure was one hell of a driver. He gave it everything he had on every pass and his accomplishments proved that. It was a hard day for drag racing, but with it came precautionary safety implementation to help make sure this would never happen again. The sport of drag racing is extremely dangerous regardless, but these racers take on that challenge each and every day to become the next champion.