Another spin out at Kansas brings out another caution 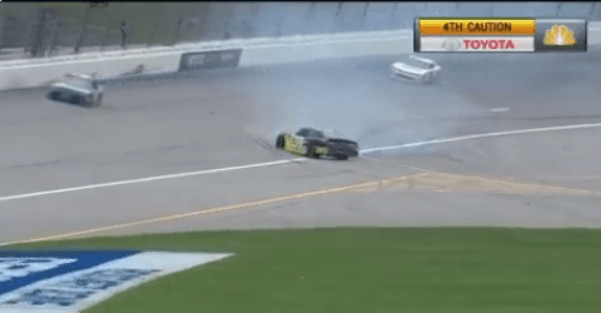 First, it was Elliott Sadler. Now, it’s Ryan Sieg spinning out and causing a caution at Kansas

Ryan Sieg spins and brings out the yellow once again!

But with the spin outs there’s another interesting tidbit. Bob Pockrass of ESPN is reporting that drivers are being told to save fuel because the remainder of the race should be close.

Drivers being told to save fuel. It will be close. #nascar

Here’s Sadler’s spin out, if you missed it.

2nd ⚠️ is out, as @Elliott_Sadler spins in Turn 4. #KSL300 pic.twitter.com/smALBMYiNZ

Sadler, among the points leaders, didn’t take any damage and was able to continue. But NBC Sports, on its broadcast, said Sadler had to take on new rear tires.