After last week’s disappointment, a driver failed to make it through Stage 1 at Charlotte 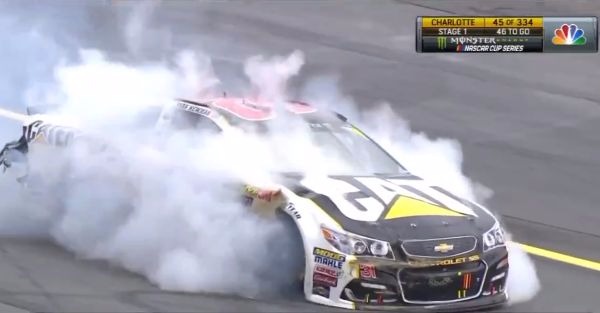 Ryan Newman failed to qualify for the Round of 12 last week, and his bad luck and misfortune continued at Charlotte Motor Speedway on Sunday.

Newman was involved in a crash in Stage 1 of the race, and his car quickly caught fire.

Related: Jeff Gordon speaks out about his confrontation with Ryan Newman

Newman’s day came to an end, and he nearly took a couple of playoff drivers with him. Brad Keselowski and Ricky Stenhouse Jr. barely avoided the crash.

"Barely made it." @keselowski (black & yellow car) and @StenhouseJr (orange car) get through the carnage in front of them! #NASCARPlayoffs pic.twitter.com/3DZBS7riJc