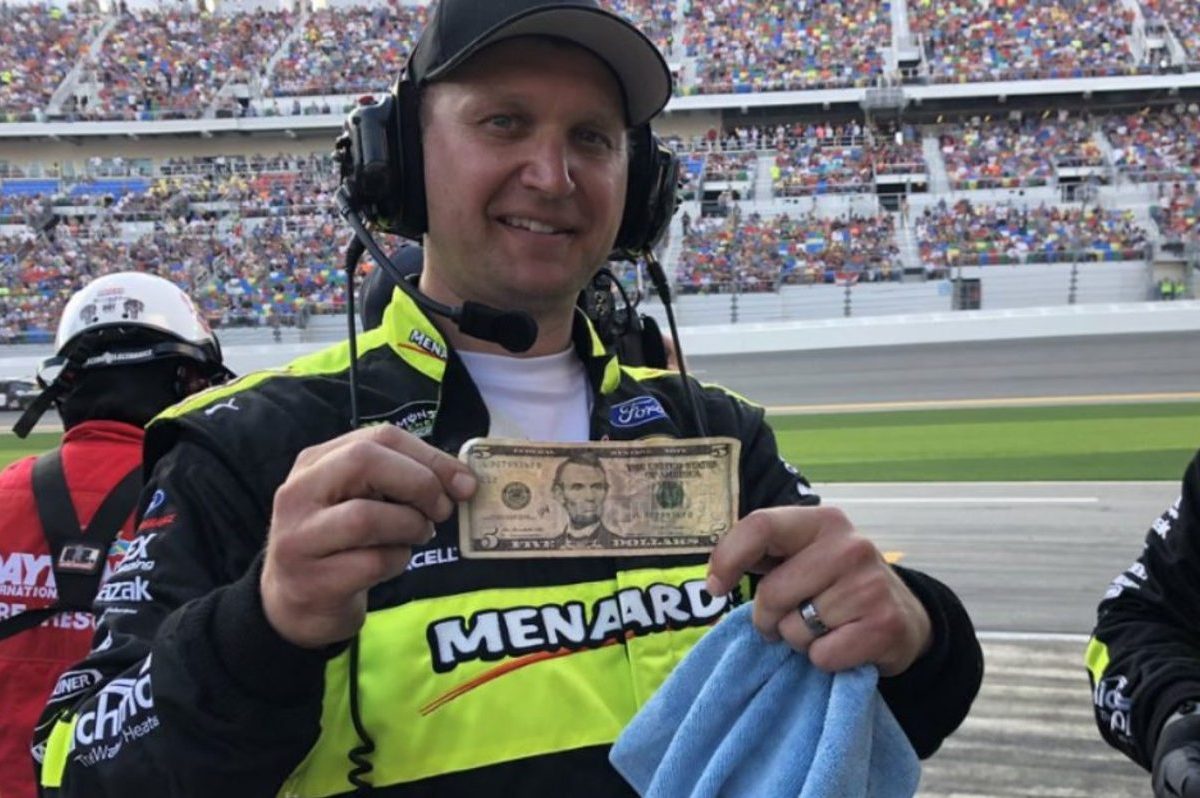 Ryan Blaney discovering a crisp five-dollar bill during a chaotic pit stop at the 2019 Daytona 500 may not be among the most iconic moments of “The Great American Race.” While we could go on and on about some of the wildest finishes and most legendary wins in Daytona 500 history, sometimes it’s fun to remember some of NASCAR’s lighter moments.

After getting caught up in the Big One and wrecking out, Blaney definitely didn’t have the finish that he was hoping for at the Daytona Beach, Fla. race. But, when the race was all said and done, the NASCAR driver and his team did technically end up $5 richer, thanks to a crazy pit stop that ended in a fairly intact $5 bill getting pulled out of the grille of Blaney’s No. 12 Ford Mustang.

As you can hear in the above clip, the radio back-and-forth between the Team Penske driver and his crew chief, Jeremy Bullins, as they discuss the discovery of the crisp Lincoln is pretty damn hilarious.

Bullins: I don’t know about you, but we’re making money down here. There was a $5 bill stuck in the grille.

On the last pit stop for @Blaney, the @Menards crew found a five dollar 💵 bill on the grill. #NASCAR | #Daytona500⁠ ⁠ pic.twitter.com/pRejdIXMzA

Random cash discoveries at pit road aside, Blaney’s fate at Daytona International Speedway was less than ideal. He didn’t finish the race, but technically placed 31st. Fortunately for Blaney, his 2019 season picked up. He would go on to make a run at the NASCAR playoffs, getting eliminated in the Round of 8.

A full-time driver in the Monster Energy NASCAR Cup Series, Blaney also races part-time in the Xfinity Series and is a former ARCA Menards Series and Truck Series driver. At only 27, the Trumbull County, Ohio native definitely has a promising motorsports career ahead of him.