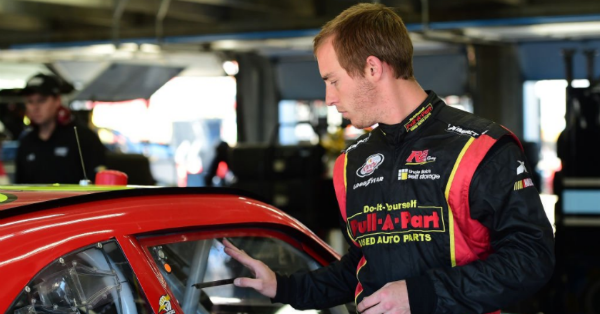 RSS Racing could be very popular.

The team, in a press release, announced it’s beginning it’s 10th year in NASCAR with Ryan Sieg and Jeff Green as drivers. But the release also made note that the team is looking for a driver for its third car.

With so many drivers looking for work, RSS should have its pick (assuming sponsorship money is available).

RSS Racing and driver Ryan Sieg are happy to announce a return to the NASCAR XFINITY Series for a full schedule in 2018. The Georgia based team will field two additional entries for Daytona and beyond. Veteran Jeff Green, who joined the RSS Racing last year will pilot the #38 car. The driver of the third entry has not been determined.

RSS Racing will be entering its 10th season in NASCAR competition and will continue with Chevrolet as a manufacture. Kevin “Cowboy” Starland will lead the team as competition director. Sponsorship announcements for the team are forthcoming.

Ryan Sieg will be entering his fifth full season in the XFINITY Series. Sieg finished the 2017 season 15th in the final driver points standings. “It’s great to return to the XFINITY Series in 2018 for the full schedule. It’s been a busy winter preparing three cars for Daytona but I’m looking forward to getting to Daytona and seeing where we stack up,” commented Sieg.

RSS Racing fields the No. 38, 39, and 93 Chevrolet Camaros in the NASCAR XFINITY Series. RSS Racing has competed in NASCAR events since 2009 from its headquarters in Sugar Hill, Ga. The team had its best career finish of 2nd at Iowa Speedway in 2017. The team recorded its best points finish of 9th with Ryan Sieg in 2016.