NASCAR predictions: Our pick for the 2018 Cup Series Rookie of the Year 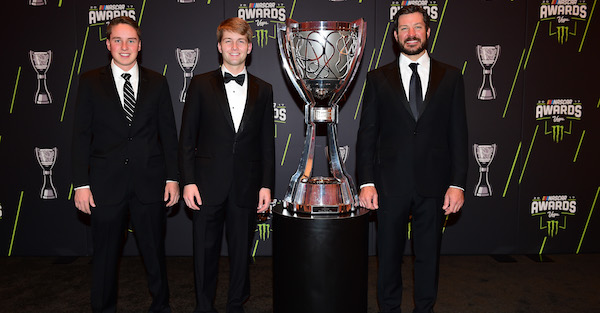 There are three rookie drivers competing full time in the NASCAR Cup Series in 2018, but this year’s race will likely be between two candidates.

With all due respect to Ray Black Jr. and the No. 51’s Rick Ware Racing team, it would be very surprising if the 26-year-old Black outperformed either William Byron or Bubba Wallace in 2018.

Byron, 20, will drive the No. 24 car for Hendrick Motorsports this year.

Wallace, 24, will drive the No. 43 for Richard Petty Motorsports.

Both Byron and Wallace have high expectations from their respective teams for this season. Byron won Rookie of the Year a season ago in the Xfinity Series, and he also won the championship. No one would be surprised if he won a race or two this season and made the playoffs.

Related: Rookie Cup Series driver figured out how to keep racing from interfering with his education

Wallace knows the pressure is on since he’s racing for The King, and Petty expects him to be in the playoffs and in Victory Lane. Wallace has the talent, and his four races last year in Aric Almirola’s absence will certainly help.

Both Byron and Wallace are capable of winning races, and it wouldn’t be surprising to see either or both in the playoffs.

Wallace will have the full attention of the team at RPM since he’s their only driver. Byron is one of four drivers at Hendrick Motorsports, but the team did place three of its four drivers in the postseason last year.

Though both drivers are loaded with potential, our pick for Rookie of the Year is William Byron. We won’t guarantee a victory for him, but he’ll earn enough points to get the nod over Wallace.

We’re expecting a tight battle between those two, and it could come down to the wire.