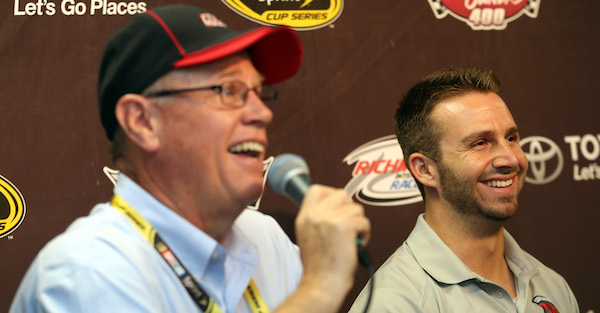 BK Racing owner Ron Devine told NBC Sports that he filed for bankruptcy because a bank wanted a judge to appoint a receiver to operate the team.

?I filed because the bank wouldn?t stop trying to get a receiver (to oversee the team?s collateral),?? Devine said. ?The only reason they wanted to get a receiver was to push the charter off to their third-party offer. That?s where the problem was.??

Bankruptcy will allow the team to reorganize its debt and work out a plan with its creditors. But at the same time, you have to wonder whether sponsors will line up to partner with a team that’s in bankruptcy court.

BK is scheduled to race Sunday at the Daytona 500, with Gray Gaulding at the helm.

Devine said he felt he and the bank, Union Bank and Trust, were close to an agreement, but they ran out of time before a scheduled court hearing. He said he’s hopeful that the parties can reach an agreement.

BK has liabilities of more than $10 million and estimated assets of at least that much.

Devine noted the relationship between him and Race Engine Pus has been strained.

?I think the relationship is what has to be fixed between me and Joey (Arrington, founder of Race Engines Plus). Fixed or changed or something. I actually think (Chapter) 11 will help us be able to have a conversation.??

Big issue or not, the bad news has certainly had an impact. While BK Racing will race the No. 23 at Daytona — and says it plans to race the car in all 36 Cup Series races — it just last week named Gaulding as its driver. The team also still has the No. 83, but Devine doesn’t know whether it will see the track this season.