Racer Pulls Rival’s Brake Lever at 135 MPH, and His Punishment Was Swift 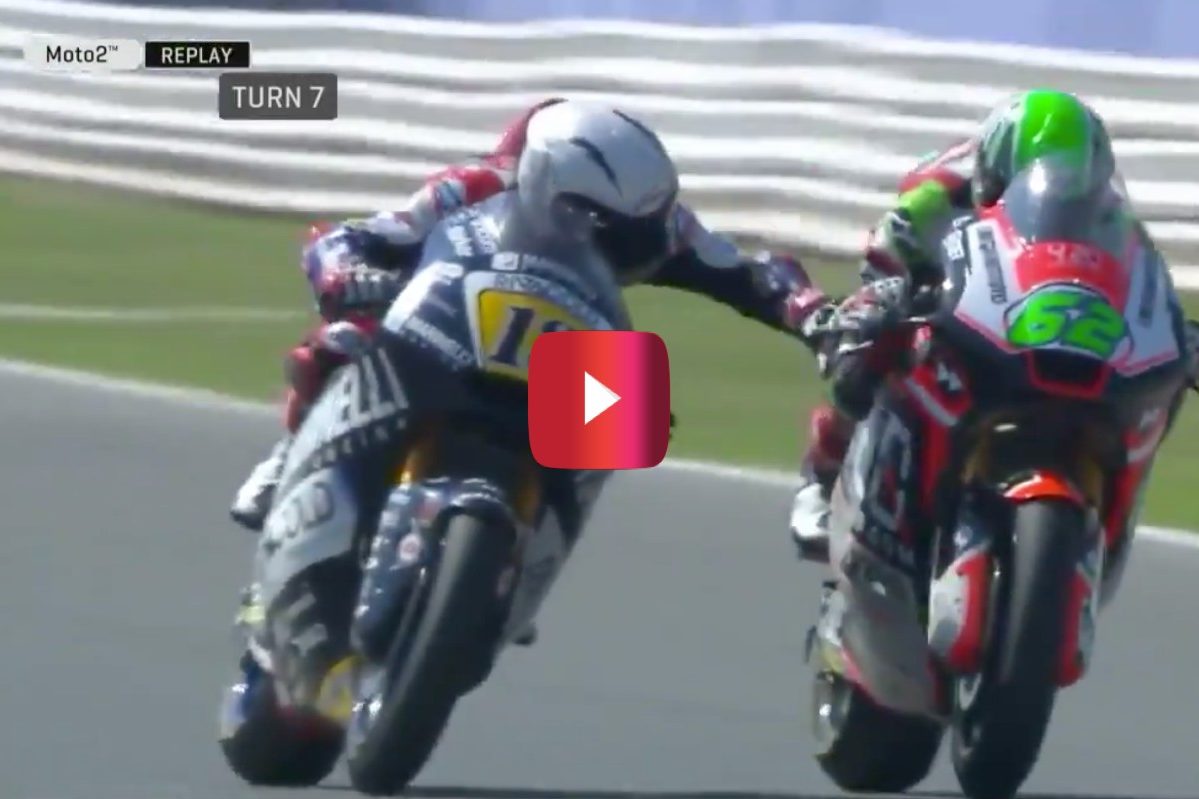 You don’t have to be an avid motocross fan or even have ever watched a race before to know that pulling an opponent’s brake lever during a race is extremely unsafe and also very much against the rules.

But, that’s exactly what Italian racer Romano Fenati did during the San Marino Grand Prix back on September 9, 2018. Fenati was slapped with a two-race suspension and later got dropped by his racing team for pulling rival Stefano Manzi’s brake lever while traveling at 135 MPH.

The wildly reckless move got Fenati disqualified from the race for “irresponsible riding,” and his racing team, Marinelli Snipers Team, cancelled his contract, calling what he did “an irresponsible act [that] endangered the life of another rider.” Forward Racing, which was set to bring on Fenati next season, pulled out of their contract as well, saying that “Fenati’s behavior was incompatible with [their] sporting values.”

“I apologize to the whole sports world. This morning, with a clear mind, I wish it had been just a bad dream,” Fenati said, according to the BBC.

“I think back to those moments, I made a disgraceful gesture, I was not a man. The criticisms are correct and I understand the resentment towards me. I want to apologize to everyone who believed in me and all those who felt hurt by my actions.”

The move definitely riled up a host of people in the motocross community, including Giovanni Castiglioni, the president of MV Agusta, which is a manufacturer that works in conjunction with Forward Racing.

“In all my years of watching sport, I have never seen behavior as dangerous as this,” Castiglioni said. “A rider who can act like this can never represent the values of our company, and our brand.”

Forward Racing owner Giovanni Cuzari added, “Our sport is already extremely dangerous, and any act which increases the risks involved for the riders is intolerable,” while British racer Cal Crutchlow said, “I think he should never race a motorcycle again.”

As for Fenati, he continued his apology by saying, “Unfortunately, I have an impulsive character.”

I don’t know, man. I feel like buying a donut at two in the morning is impulsive. Yanking on someone’s brakes while they’re traveling at crazy speeds is borderline homicidal.

Now, Fenati ended up eventually bouncing back from the incident and was signed by the Sterilgarda Max Racing Team in late 2019 for Moto3 competition. Though, I’m guessing it’ll take a while for him to get that massive target off his back for what he did back in 2018.