In his first action following a vicious wreck, former NASCAR driver wins to get a spot in Chili Bowl A-Main 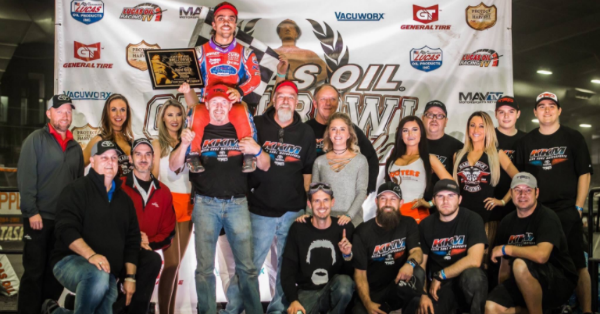 Back in September, at Eldora Speedway, Rico Abreu was in such a vicious wreck that he had to take several months off to recover.

But he’s come back with a vengeance, winning a qualifying race in Tulsa, OK., that secures a spot in the Chili Bowl A-Main for the sixth time in his career. He’s won two of those races.

?Wow, that?s intense (expletive) right there,? Abreu said in remarks reported by Motorsports. ?The track got really treacherous at the end. (Turns) one and two had a big ledge there. I just tried to hit my marks there at the end.?

The Eldora wreck was a brutal one. Abreu, competing in the All Star Circuit of Champions and the USAC Racing National Midget Series, hit the wall in Turn 1 and flipped several times. He was taken to a hospital. It’s the same race in which Tyler Esh suffered 11 cracked ribs, a brusied lung and bleeding on the brain as a result of a wreck on the same track.

But that’s ll behind Abreu now. The former Truck series driver now gets to move ahead and meet the likes of Kyle Larson in the big race.

?We had a solid night. We raced well in our heat race, the qualifier and the feature,” Abreu said.