Ricky Rudd’s Feud With Dale Sr. and How They Patched Things Up 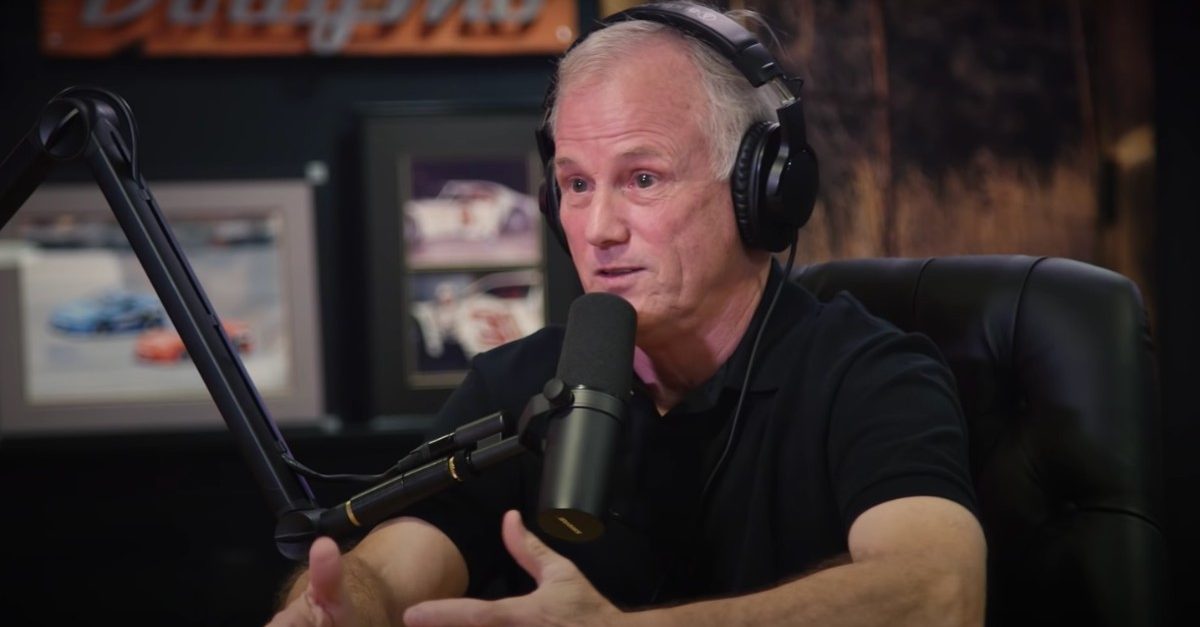 If you’re not listening in to Dale Earnhardt Jr.’s podcast the Dale Jr. Download, then you’re missing out of some awesome stories in motorsports and inside information from a variety of iconic NASCAR drivers. For an episode back in October 2019, retired racer Ricky Rudd came on the show and reminisced about his racing history and fallout with NASCAR Hall of Fame driver Dale Earnhardt Sr.

If you remember back in the day, Ricky and Dale Sr. used to be good friends, however, the competitive environment of racing can take its toll on just about any friendship. In the below clip, they discuss the run-ins between Ricky and Dale, what caused their beef, and eventually, how they squashed it.

As the video starts, they jump into the drama surrounding Richard Childress Racing at the time. Ricky had been driving for RCR, and Dale Sr. was driving for Bud Moore Engineering. However, after the 1983 season, it was announced that Dale Earnhardt would be taking the spot from Ricky, who would go to Bud Moore. He was somewhat blindsided by that decision, but to add insult to injury, Childress brought in a whole new talented crew, making Dale Sr.’s race car faster and better than ever. Rudd stated that it felt like his family kicked him to the curb. This is what initially caused Rudd to have resentment for both Earnhardt and Childress.

Once they jump to the next topic, the subject of the 1988 North Wilkesboro Speedway race gets brought up. Here, Rudd explains that early on in this Winston Cup race, Earnhardt had intentionally spun his stock car, so he didn’t have to worry about him being competitive. Well, Ricky was determined to get his payback, so he drove hard for the remainder of the race to catch back up. Eventually, he got back around to Earnhardt and spun the No. 3 Chevrolet out at the end of the race.

By the time that Rudd got to the pits, he immediately saw the CEO of NASCAR, Bill Francis Jr., waiting for him. He asked Rudd what he had to say about that last stunt. He simply replied with, “I’m disappointed in myself – disappointed I didn’t run that son of a bitch through the wall.” Francis didn’t think the joke was so funny, and slapped Ricky with a $10,000 fine for poor conduct. Meanwhile, The Intimidator got off easy without even a slap on the wrist.

One year later in 1989, at the same track, the two racers had another incident, and this one is pretty well-known in NASCAR history. Dale Sr. was leading the race, but Ricky was closing the gap quickly. At the time, Rudd had the faster car, so he knew he could pull ahead to win the race. However, as he attempted to make his move for the lead, both of them tried to get into the same lane, resulting in both cars spinning out. In the ensuing chaos, Geoff Bodine took the victory in his No. 5 Chevy.

The craziest part of this night was the way that the fans reacted to the finish. There were people climbing on the fence, yelling and screaming from all sides, and it nearly turned into a full-on riot in the crowd. In order to get out in one piece, Rudd claims he had to crawl in the back of a car and put a blanket over the top of him, and he imagined that Earnhardt had to do the same thing. This event essentially cost Earnhardt the championship and gave it to Rusty Wallace, because of how many points he lost.

For nearly a decade after this, Ricky and Dale had tension between them. That is until they finally decided to work things out. Towards the end of the clip, Rudd talks about leaving from a race one night and seeing Earnhardt right beside him in traffic leaving the speedway. Earnhardt rolled down his window and asked Rudd if he wanted to go to dinner with him, which Ricky agreed to. He explained how nice the dinner was, and that they managed to talk through the issues that they had, squashing the bad blood and starting fresh. This happened about six months before Earnhardt Sr.’s death.

It’s crazy stories like these that you just won’t hear anywhere else other than the Dale Jr. podcast. This episode is just one example, but the show has featured other big-name drivers such as Chase Elliott, Mark Martin, Jimmie Johnson, Terry Labonte, Kyle Busch, Denny Hamlin, and so many others. Whether they’re talking about big moments at the Daytona 500 or just cracking jokes and having a good time, this is a podcast that all NASCAR fans should definitely check out.