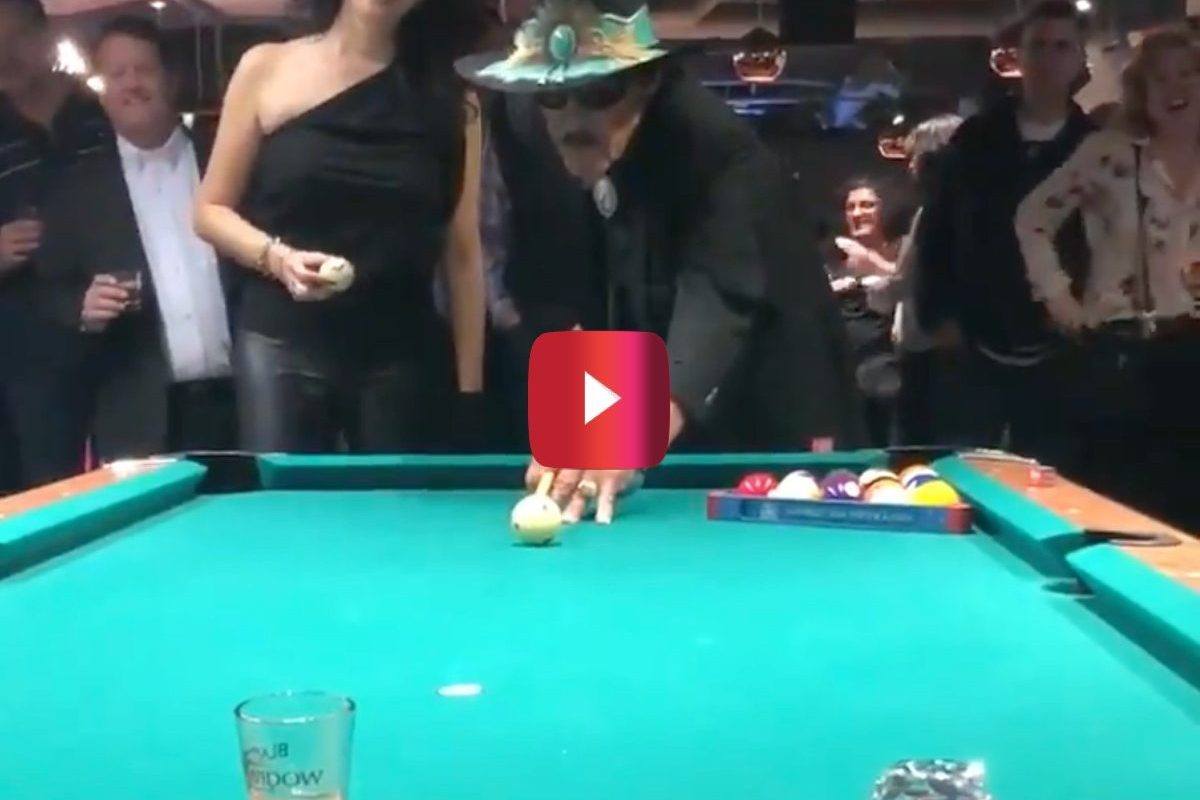 Even the most casual NASCAR fan probably knows that auto racing legend Richard Petty is nicknamed “The King” because of his past prowess on the race track. Petty has seven NASCAR Cup Series championships to his name, tying him with the late Dale Earnhardt and Jimmie Johnson. On top of that, Petty also racked up a record 200 Cup Series wins over the course of his 35-year career, a feat that probably won’t even get close to being surpassed anytime soon.

What you might not know about the pride of North Carolina is that he’s also pretty damn good at pool. As in, the man probably could’ve gone pro if the whole racing thing hadn’t worked out. Well, during a promotional event in San Francisco back in January 2019, we got to see a taste of Petty’s dominance on the pool table.

Joined by renowned pool player Jeanette Lee, a.k.a. “The Black Widow” (clearly, Petty’s not the whole one with the cool nickname), “The King” pulled off a ridiculous pool trick shot that must’ve taken ages to perfect.

As you can see from the above clip, his reaction to knocking the coin into the glass shows that he’s probably been pulling off this sweet party trick for quite some time now.

He can even do trick shots! #TheKing with @BlackWidow pic.twitter.com/apnRCvoZ3K

Bubba Wallace, who drove the No. 43 Chevrolet for Richard Petty Motorsports at the time, posted another angle of the epic billiards trick shot to Twitter, along with a pretty legendary quote from “The King” himself: “That’s why I don’t play this game. It’s too easy.”

"that's why I don't play this game, it's too easy.." -The King pic.twitter.com/uiAQbzgArp

At 84 years old, Petty clearly hasn’t done as much rigorous competing as he used to back in the day. That said, the NASCAR icon can very well afford to take it easy these days and find ways to prove that he’s the king off the track. What a legend!