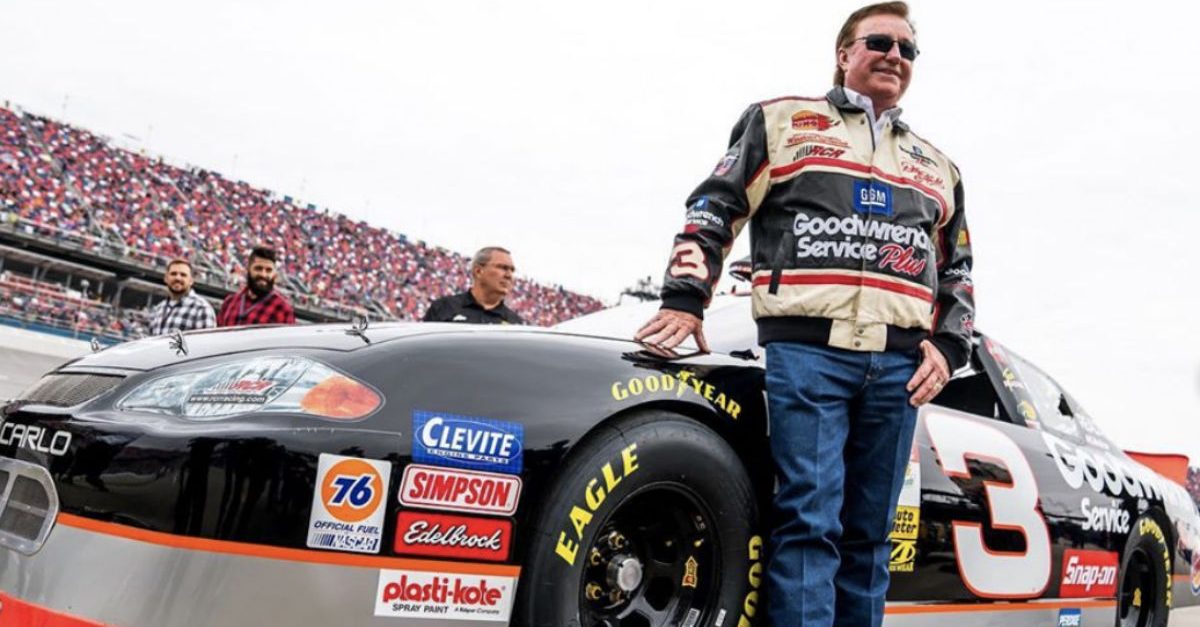 While the NASCAR season is on hold due to the coronavirus pandemic, NASCAR team owner Richard Childress is doing his part to give back to those affected by the virus. The 74-year-old owner of Richard Childress Racing has launched a NASCAR memorabilia auction on eBay, with the proceeds going to local and national COVID-19 relief efforts.

While the auction will feature thousands of rare items from Childress’s collection, the most prominent will be the No. 3 GM Goodwrench car that the late Dale Earnhardt Sr. drove for RCR in the mid-90s.

?I?m going to donate one of Dale Earnhardt?s original cars,? Childress told RACER. ?(It?s) chassis number 22 that he raced. We?re going to donate it, and we?re trying to figure out how we can auction it or if someone wants to come up and start a bid at $250,000. It?s out of my personal collection of 44 cars.?

Add to your memorabilia collection and support a worthy cause: Check out the auction and sale that @Rchildress3 just launchedhttps://t.co/CP9IFG5xR4 pic.twitter.com/4XoTMYtWM1

According to an official RCR statement, the money raised from the auction will go towards a number of coronavirus-related causes, including “national and local first responders and front-line workers in need of personal protection equipment” and Feeding America, “which is providing meals to children out of school, providing support to food banks and continuing the distribution of essential food and non-food household items.”

?So many people are suffering today, and so many families are suffering,” Childress told NBC Sports. ?If I can do any little bitty thing that makes a difference in somebody?s life, I want to do that.?

Born in Winston-Salem, North Carolina, Childress got his big start in the motorsports world as a replacement driver during the NASCAR Cup Series drivers’ strike at Talladega Superspeedway in the late ’60s. In 285 races run over 12 years, Childress racked up 76 top-10 finishes.

A member of the 2017 NASCAR Hall of Fame class, Childress also won the Camping World Truck Series as an owner in 1995 and 2011 and is also an ARCA Racing Series champion, which he won in 2011. Currently, Childress’s grandson, Austin Dillon races for RCR, along with Daniel Hemric and part-timers Tyler Reddick, Kaz Grala, and Joe Graf Jr. Austin’s younger brother, Ty Dillon, competes for Germain Racing, which has a technical alliance with RCR.

As far as other business ventures go, Childress also owns Childress Vineyards and the Richard Childress Racing Museum, which are both located in Lexington, North Carolina. All told, Childress is worth about $200 Million.

To his credit, Richard and his wife Judy Childress have used some of their immense wealth to found The Childress Institute for Pediatric Trauma, which seeks to limit traumatic deaths and injuries in infants. The institute has done a ton of good including supporting Brenner Children?s Hospital, a leading pediatric facility. They’ve also done an awesome job of supporting research and development in fields related to injuries sustained during childhood trauma.