A streak of good news is over for NASCAR, which had a bad TV showing at Phoenix 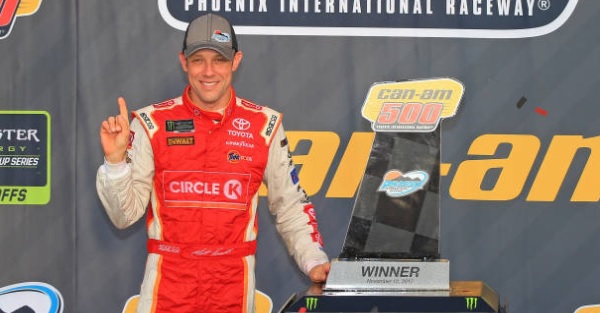 After a few good weeks of TV ratings news, NASCAR came back to earth on Sunday at Phoenix.

The officials results will be out later this week.

NASCAR had been riding a bit of a rating winning streak. The chaos at Martinsville was good for rating, as NBC announced audience was up year over year.

Talladega was also successful, as SportsMediaWatch reported the race earned a 2.8 rating and 4.7 million viewers, up 27% and 32%, respectively, over last year. The numbers also beat 2015.