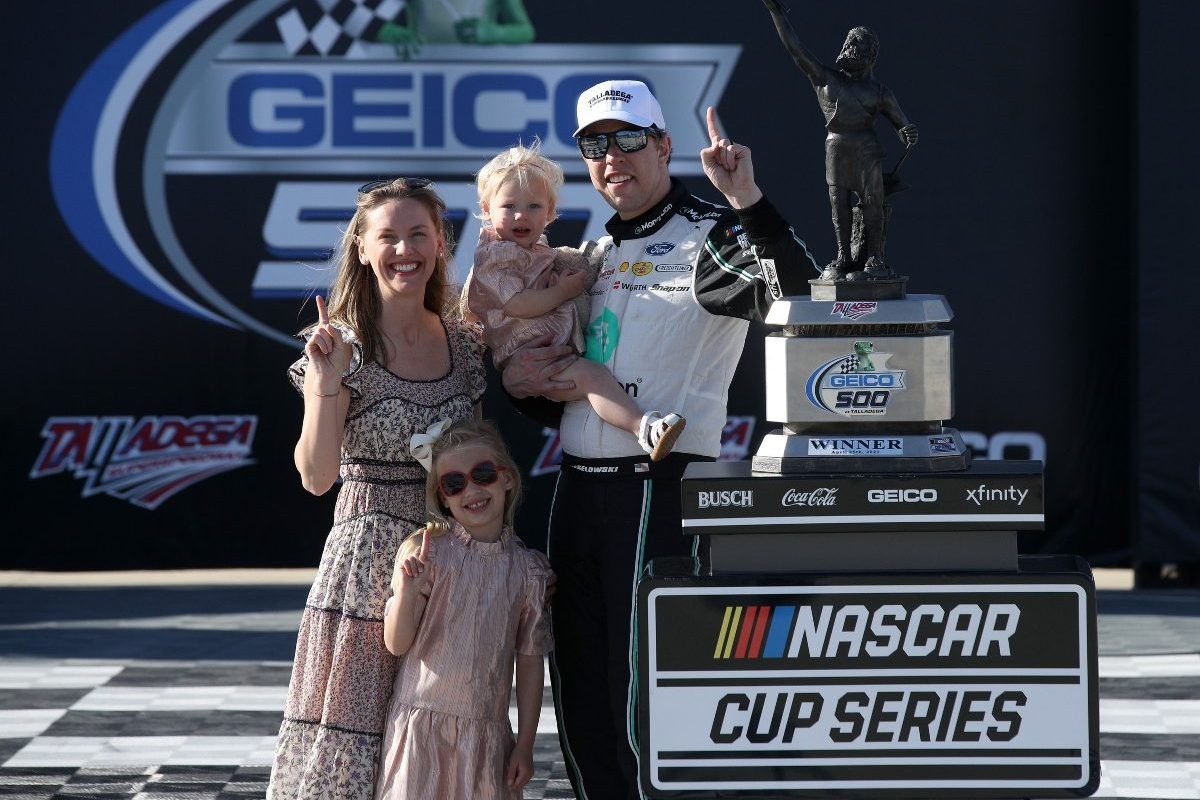 NASCAR driver Brad Keselowski has had quite the successful motorsports career. Winning the NASCAR Sprint Cup Series championship in 2012 and the Nationwide Series championship in 2010, the Rochester Hills, Michigan native has over 70 total wins under his belt. Not all that surprising, considering the full-time NASCAR Cup Series racer for Team Penske — who has an estimated net worth of $45 million — comes from a big-time racing family. Kay and Bob Keselowski sure are proud of their boy!

Now, when you’re a NASCAR champion, you need a strong other half in order to make a relationship work. Keselowski found his, and made it official back in 2017, when he married his longtime girlfriend Paige White.

Paige actually comes from a racing background herself. Born and raised in North Carolina, she’s the daughter of an IndyCar driver named Louis White. After meeting each other, Brad and Paige continued living their ideal stock car racing lifestyle, but their relationship was put through the test, after their first child Scarlett dealt with some serious health issues early on.

Shortly after the birth of their daughter Scarlett, Brad and his wife Paige learned that she was diagnosed with severe laryngomalacia, a life-threatening condition that involves congenital softening of the tissues of the larynx. This condition would eventually restrict her ability to eat and breathe on her own.

Although this was a tough time, Paige stayed strong throughout the whole process. They spoke with countless doctors about their best options, and eventually landed on bringing Scarlett to the Mayo Clinic.

Emergency life-saving surgery was performed at this clinic only a day after her original diagnosis. Their quick actions and the talented doctors involved concluded with a successful surgery, saving Scarlett Keselowski’s life.

New Beginnings for the Keselowski Family

After making it through their challenging situation with their daughter, it was clear these two could get through just about anything. This eventually led to the beautiful ceremony for their marriage in 2017.

As if this wasn’t a happy enough beginning, Brad and Paige had another big accomplishment in 2019, when they had their second daughter, Autumn. They’ve definitely had an eventful last couple of years, and I won’t lie, it seems like an emotional rollercoaster, but they are embracing every moment of it and continuing to live their best lives.

On Brad and Paige’s social media accounts, you can find tons of pictures and videos of both their happy family. It’s clear that their kids are the light of the couple’s lives, which should be no surprise. Even though everyone’s been dealing with the fallout from the COVID pandemic, these two seemed to have had a solid 2020 and 2021. Here’s to many more good years for the Keselowskis!