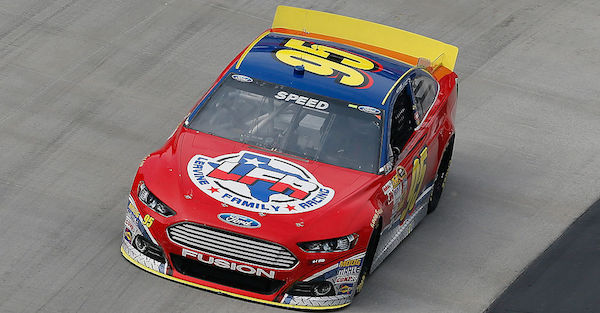 For the third consecutive year, Leavine Family Racing hosted a camp in Concord, North Carolina, called Camp 95, for high school students interested in a career in the motorsports industry.

The camp is two days long, and 22 high schoolers from all around the country visited the LFR headquarters for a behind-the-scenes look at the sport.

Michael McDowell, who drives the LHR No. 95 car Chevrolet in the Monster Energy NASCAR Cup Series, stopped by the camp and signed autographs for the students. He also provided advice and answered questions.

Our 3rd annual #CAMP95 was a huge success! Thanks to everyone who helped make it possible! And now… on to @DISupdates! #NASCAR pic.twitter.com/6APEL2X5WM

“There?s not one clear path that you just do this and you?ll make it. But, if you surround yourself around the sport and people in the sport, it will create opportunities,” McDowell said via NASCAR.com.

Some of the attendees want to become drivers, while others wanted to be engineers or work with the media. Jack Bauerle, a 15-year-old from Farmington, Minnesota, wants to be a driver, but his backup plan is to become an engineer.

“My family is from Michigan, and some people in my family raced with Roush engines,” Bauerle said. “So that?s where it started, but it kind of died down when my family moved to Minnesota until about four years ago when I watched a race at Daytona.”

The students were handpicked, and they came from all over the country. The camp was started as a part of NASCAR’s youth movement as a way to identify and attract young fans to become a part of the sport.