Dale Jr. comes to the defense of a young driver who caused controversy in an interview 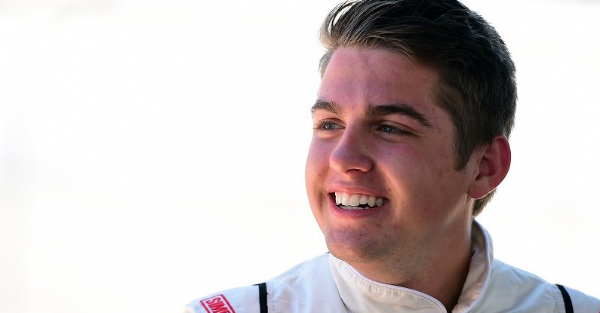 Jokes, humor and sarcasm can be very hard to pull off.

Noah Gragson found that out the hard way.

An interview with Fox Sports carried this headline: Noah Gragson has a confession: ‘I tried to destroy as many people as I could while I was wrecking’

There’s only one issue — Gragson was joking, and it appears that some people took him seriously.

I have learned a lesson with my actions and will no longer joke around and use sarcasm in my interviews.

Obviously I do no intend to harm anyone.

No, he didn’t mean anyone any harm. The video — originally posted on Twitter — has been taken down.  The only remnants of the interview is a cached version on Google that contains the headline, but little else. One Twitter users managed a partial screen grab.

In case you were wondering, Fox NASCAR has deleted its bad tweet that caused a brief and unnecessary twitter uproar in people thinking Noah Gragson was serious. pic.twitter.com/CKqj6paeNc

Still, he got some immediate support, including from Dale Jr. Noah, hope you don’t change. Sport needs all the personality is can handle. It was a brave attempt at humor.

Noah, hope you don’t change. Sport needs all the personality it can handle. It was a brave attempt at humor. 👏🏼 https://t.co/S56VRq3p64

Fans came to his defense, too.

No no no! Please don’t change, NASCAR needs you

100% agree! @NoahGragson you caught my attention last year with your humor & personality. The ONLY lesson to be learned here is in the editing room, about how they often hold a person's public image in their hands & should treat that with responsibility.

Don’t Change a thing !! I noticed a little of several drivers personality’s.. NASCAR needs this