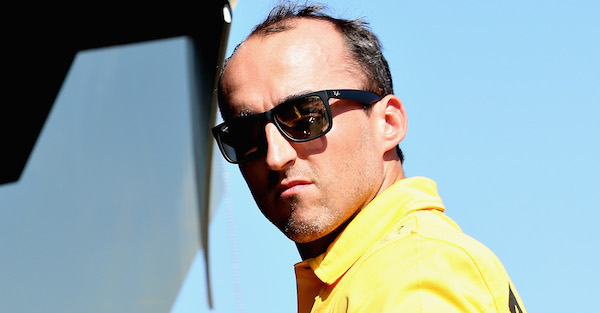 After Robert Kubica’s horrific crash during a 2011 rally, he thought he’d never be able to race in Formula 1 again. Part of Kubica’s right forearm was severed, and he didn’t feel good about his chances of racing in Formula 1 in the future.

Now, however, Kubica is aiming for a return to Formula 1. He’s test driven for Williams, and he’s hoping to earn a spot with Williams as the team’s second driver. The team is weighing several different options, and Kubica is in the mix. But it’s far from a guarantee that he lands a spot with them.

Kubica said there will be some disappointment if he can’t get a ride for 2018, and he said he has more confidence now than he had a year ago after practicing and testing for teams.

“In the end, what the future will bring I don’t know, but definitively if you look at the overall picture, where I was 12 months ago and where I am now, it has been a good 12 months,” Kubica said via Racer.com. “For sure [testing] was the kind of day that if nothing more happens, there will be some disappointment, because I feel very confident and very comfortable, but also if you think where I was, I can only be happy and a bit proud of what I achieved in the last ten months.”

Related: One team is refusing to discuss the most important part of a test drive

The team at Williams hasn’t indicated what direction they’re leaning, and they’ll likely take their time in making a decision.

Kubica’s first and only win in Formula 1 came in 2008, but he’s certainly capable of competing at a high level if he gets a shot with Williams.

“I’m very demanding of myself,” he said. “Although I understand my situation and try to adapt, the high standards I put into what I do haven’t changed. The worst thing I would like to do is to convince myself I can do it and then have trouble. So there are question marks that have to be answered for the team, but also for myself.

“As I say, I see big improvements day by day so I can expect things to get better. That’s why I say I would be disappointed, because in the end I put in a lot of effort and I see there is a good chance I am able to do it.”

It’s been an incredible journey back to racing considering how devastating Kubica’s crash and injury was in 2011, and it would be a great story if he landed with Williams for next season.